SEJONG, Feb. 28 (Korea Bizwire) – South Korea’s statistics authority announced on February 27 its figures on public sector employment in 2016, which revealed average job longevity to be over three times longer for public employees than for all salaried workers.

Jobs at state-operated entities and government institutions combined, work positions in the public sector numbered 2.36 million at the tail end of 2016, with a year-on-year increase of 29,000.

The data revealed that 69.3 percent of government institution jobs were held by 1.27 million public employees, with the remaining 30.7 percent being filled by 566,000 non-public employees (fixed-term employees and long-term contract workers).

Of the two groups, the former had a higher proportion who stayed at their job for at least one year. While 93.7 percent did so among public employees, only 71 percent among the non-public workforce did likewise.

When considering job longevity, 62.4 percent of public employees worked for a decade or more, whereas for 70.7 percent of the non-public individuals, job longevity was less than three years. 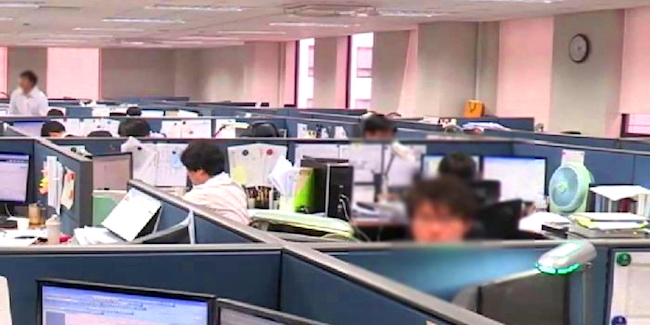 While the percentages of men and women employed at government institutions were nearly equal with 53 percent to 47 percent, respectively, there were differences in quality of jobs held by gender.

The average job longevity of government institution-employed workers was 14.9 years, compared to 2.7 years for non-public employees. For all salaried workers, the mean job longevity was 4.5 years.

South Korea’s 2.36 million public sector jobs accounted for 8.9 percent of all jobs in the country. Of the 8.9 percent, 1.3 percent were positions at state-operated entities and 7.6 percent were from general government (central and local governments as well as social security funds).

The 7.6 percent general government job statistic paled in comparison to the OECD average of 18.1 percent in this distinction; South Korea ranked ahead of Japan (5.9 percent) for second-to-last place.

A Statistics Korea employee warned that unlike South Korea, countries like France, which include the medical services sector and private school teachers in the general government category, have differing parameters of categorization, and that the significant distinctions in social security systems must be taken into account when comparing countries.