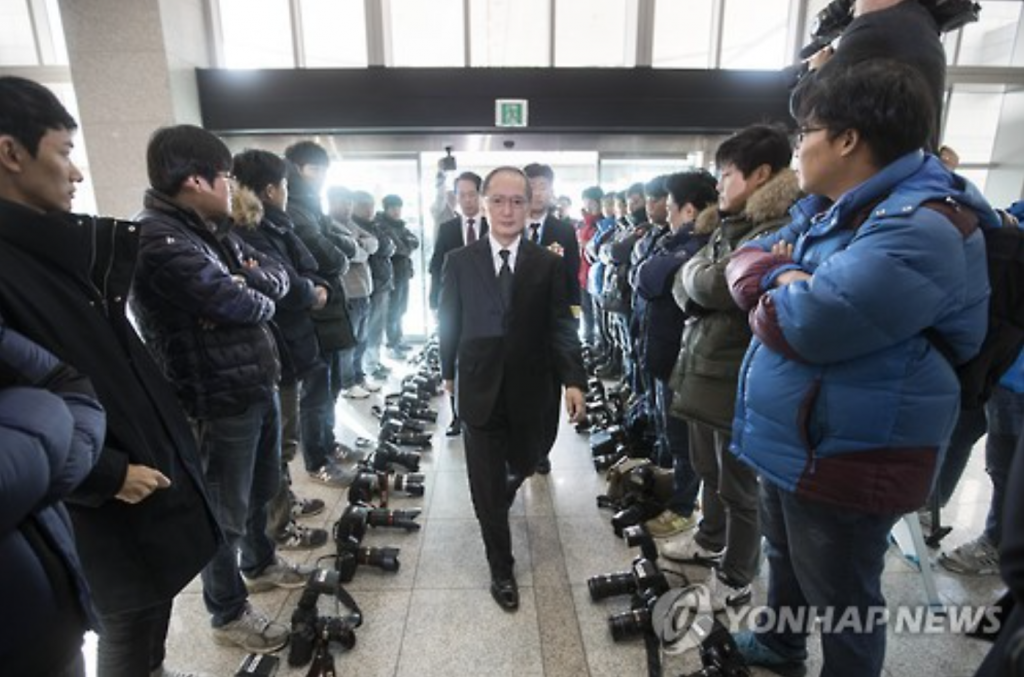 A group of photojournalists watches Japanese Ambassador to South Korea Yasumasa Nagamine enter the defense ministry building in Seoul on Wednesday, with their cameras placed on the ground.

SEOUL, Nov. 23 (Korea Bizwire) – Korean photojournalists refused to cover a pact-signing ceremony for the South Korea-Japan General Security of Military Information Agreement after the defense ministry decided to hold a closed ceremony and banned photos of the event from being published.

During a cabinet meeting on Tuesday, the Korean government approved the controversial intel-sharing agreement with Japan, which will allow the two countries to share information on Pyongyang without having to going through the United States. President Park Geun-hye gave the final approval later in the day.

Despite assertions that such quick information sharing is necessary given the increasing military threats from North Korea, the majority of the public denounced the deal, citing factors that include providing Japan, a war crimes nation, with a stepping stone to becoming a full-fledged military country. Japan is currently limited to a self-defense military in accordance with its constitution.

The fact that the government rushed the signing of the deal, just 27 days since the beginning of the negotiation process, amid the political controversy surrounding President Park, is also a reason behind the criticism. 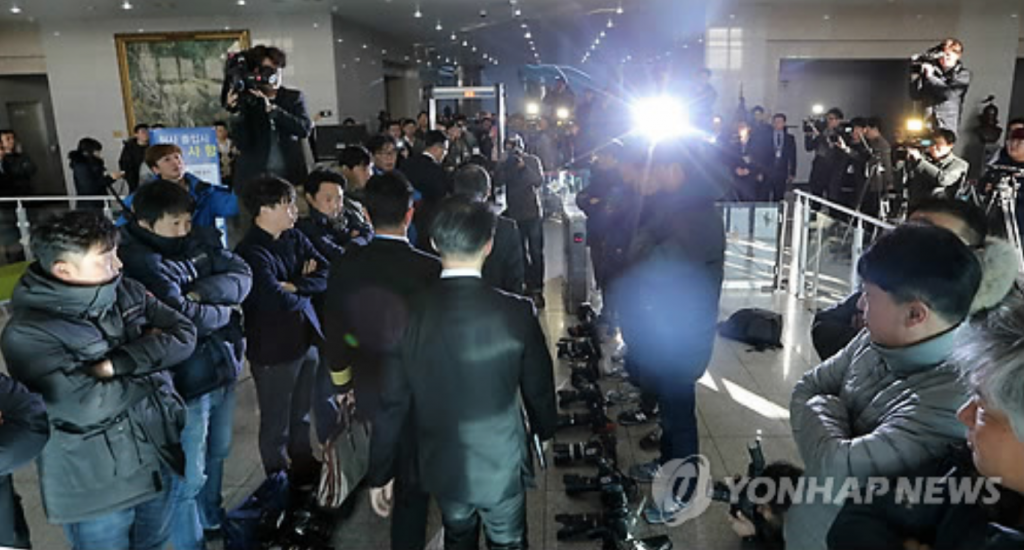 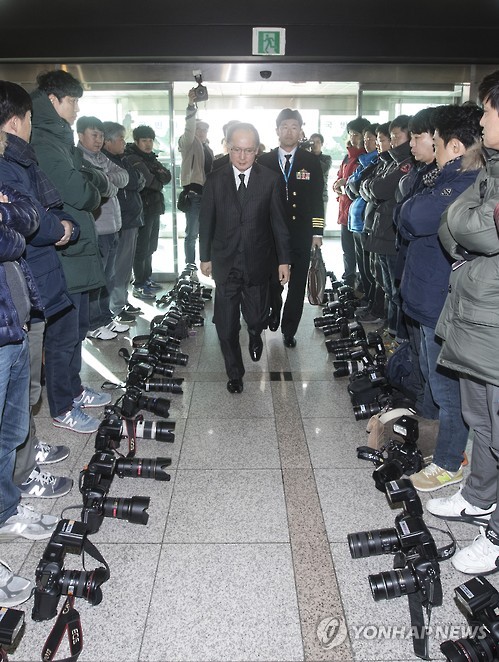