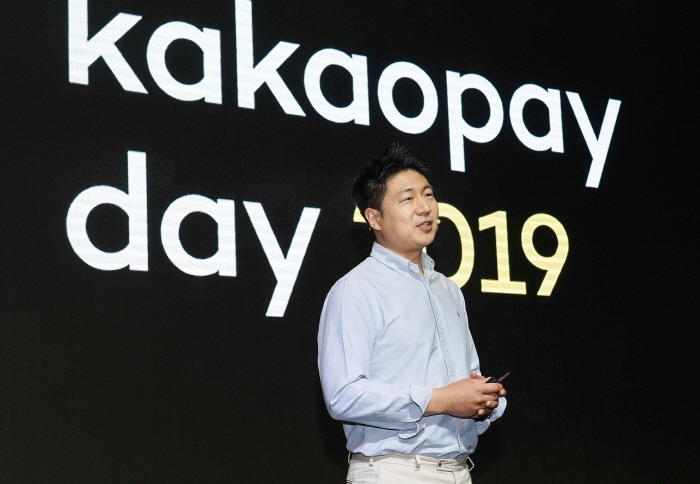 Kakaopay said it plans to launch its own application within this year so that more users can use credit cards through the one-click payment system at offline stores.

More than 20 trillion won (US$16.8 billion) worth of payments was made though Kakaopay in 2018, the company said. The service was officially launched in April 2017 as a separate entity from South Korea’s top mobile messenger operator, Kakao Corp.

Ryu said it will first collaborate with leading credit card firms so that credit card payments can be made through its QR code payment option.

Kakapay’s QR code service, launched in 2018, allows customers to make payments by scanning a QR code at more than 100,000 partner stores across the country.

Kakaopay will also begin selling insurance products through Kakaopage, a webtoon and Internet social media platform under Kakao, during the latter half of this year.

Ryu said Kakaopay will also launch delivery services so that users can make reservations and payments through the one-click system in an effort to target the burgeoning consumer-to-consumer (C2C) market.

“There was growing discomfort among users during secondhand transactions as payments and deliveries were often carried out separately,” COO Lee Jin said.

Kakaopay will also kick off its overseas payment service in Japan as a test-run within this year, the CEO said.