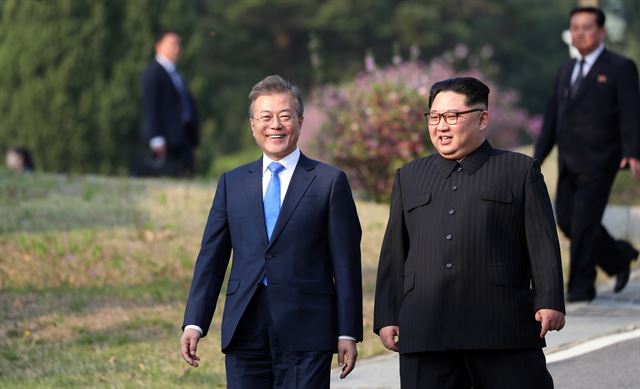 SEOUL, May 1 (Korea Bizwire) — It was revealed on Monday that North Korean leader Kim Jong Un had proposed basketball matches between North and South Korean teams to South Korean President Moon Jae-in as efforts to initiate cultural exchange between the two countries.

An insider at the Blue House said that this was mentioned by President Moon during his first official Cabinet meeting following the summit.

Kim said that the two countries should start with “basketball matches instead of soccer games,” commenting on how Ri Myung-hun of the North had been the tallest basketball player in the world before he retired.

He also noted that in South Korea, “there were many athletes that are over 2 meters tall” and this would make the North Korean team disadvantaged.

The comments follow the widely reported notion that the North Korean leader is known to be a great fan of basketball. He had previously invited former NBA star Dennis Rodman five times to North Korea, showing the leader’s love for the sport.

During the conversation, the two leaders also discussed installing a hotline that would directly link the two heads of state. Kim had asked if “his calls would be answered whenever” to which Moon had answered, “calls would be made only after the two parties would agree beforehand.”