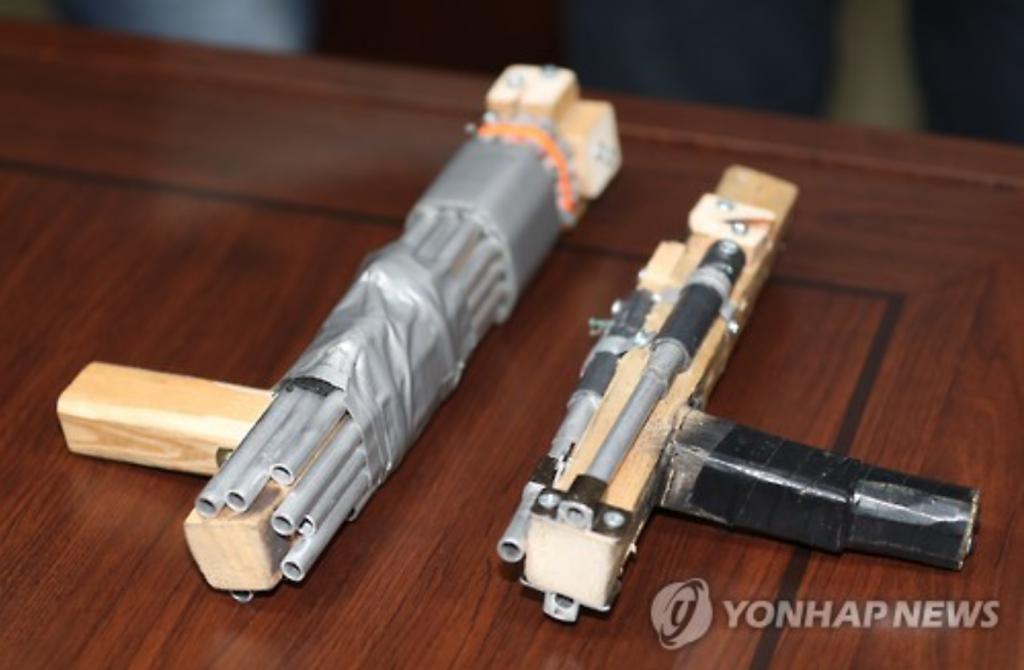 Officials noted that the weapon used by Seong was not as elaborate as some of the ones found online, but it was certainly powerful enough to penetrate through the back of officer Kim and damage his lung. (image: Yonhap)

SEOUL, Oct. 21 (Korea Bizwire) – Chaos broke out on Wednesday at around 6:30 p.m. in Beong-dong, northern Seoul, when 45-year-old Seong Byung-dae opened fire at police officers dispatched to the scene after a report that a man had attacked a neighbor with a hammer.

Multiple gunshots were fired by Seong, and the confrontation lasted roughly an hour. But the suspect was eventually apprehended, and is now under investigation. Unfortunately, 54-year-old police officer Kim Chang-ho was shot during the standoff, and succumbed to his wounds after being transported to the hospital.

The weapon used by Seong was homemade, and the police have so far found 17 self-made firearms under his possession.

Amid the ongoing investigation, concerns over homemade weapons have once again resurfaced.

According to officials, there are millions of videos readily available on YouTube offering instruction on how to make firearms. Although it is harder to find them when searching in Korean, instructions for deadly weaponry are clearly at arm’s reach for anyone with basic English proficiency.

Many of the videos on YouTube make use of items that can be purchased without restrictions like wood, plastic, or an air pump. They provide detailed information about the manufacturing process, and even demonstrations, showing the deadly force of their creation.

Officials noted that the weapon used by Seong was not as elaborate as some of the ones found online, but it was certainly powerful enough to penetrate through the back of officer Kim and damage his lung.

Despite the obvious prevalence of online instructional videos, there is not much authorities can do to restrict websites with overseas servers, like YouTube. The primary focus of Korean law enforcement agencies by far is to shut down information uploaded to domestic websites.

Between September 2014 and September 2016, 185 pieces of information related to either sales or manufacturing of firearms or other weaponry were deleted by authorities, one was cancelled, and 351 had access blocked, said the KCSC (Korea Communications Standards Commission).

The police did, however, revise the safety act on firearms, swords, and explosives, and the punishment for manufacturing homemade weaponry (implemented January 2016).

In accordance with the new act, anyone that even uploads manufacturing methods or blueprints for firearms and explosives on the Internet is now punishable by imprisonment of up to two years or 5 million won ($4,400) in fines.

“Information on making homemade firearms almost always comes from the Internet, which is why website operators themselves need to more actively control their own content,” said professor Lee Yoon-ho from Dongguk University’s Department of Police Administration. “We also need to strongly punish those who violate the law.”