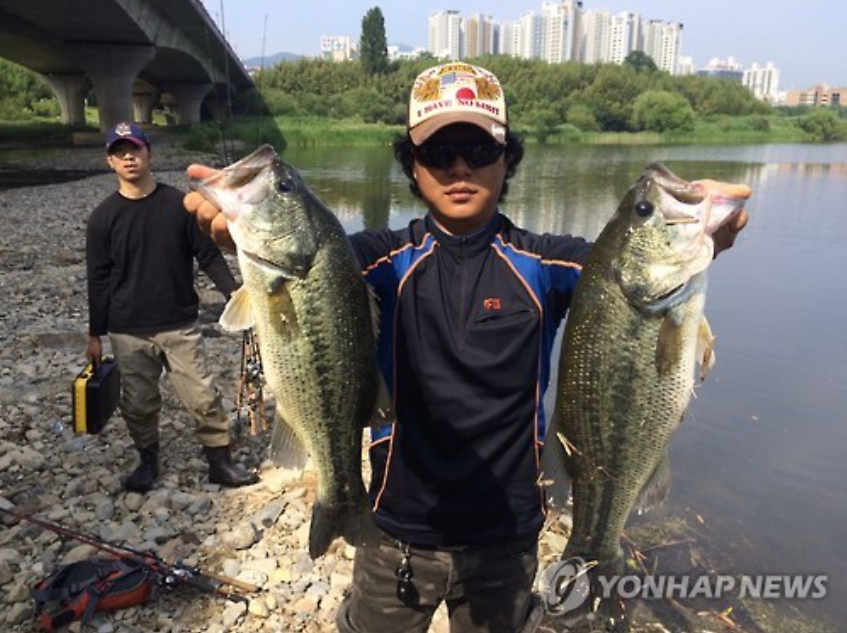 The city of Ulsan held an event “to eradicate Bass” in July. (Image courtesy of Oh Yong-doo, provided by Yonhap)

CHUNGJU, Sept. 30 (Korea Bizwire) –- Local governments including Chungju and Ulsan have set off for the lakes and reservoirs  — with harpoons in their hands — to eradicate Korean ecosystem’s “Enemy No. 1″ : Bass and Bluegills, mostly blamed for disturbing “natural order” across the nation.

The city of Chungju has recently announced that it will catch exotic fish, or introduced species from foreign nations,  that are causing a serious disturbance to the local ecosystem.

Bluegills and bass are the main targets, as they disarray natural processes by eating other home-grown fish and their eggs. In addition, they have a tenacious hold on life, adapt well to new environments, and can experience explosive population growth since they have no natural enemies.

The city has already caught six tons of these invasive fish species, and is planning to catch another four tons before the end of the year.

A pond slider, which is also a species that disturbs the local ecosystem, was also on the “black list.”

City officials were resolute in their determination to protect the ecosystem. “This is the period that bass are most active to prepare for the winter. We plan to capture them and protect a healthy ecosystem of our nation.”