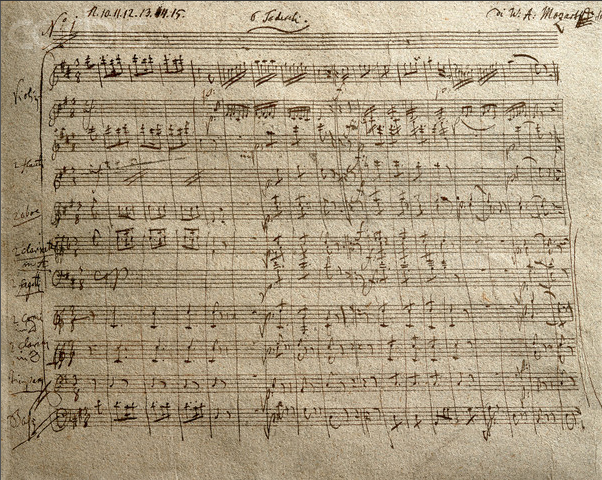 SUWON, Aug. 10 (Korea Bizwire) – Humans have given machines yet another opportunity to triumph over their creators, this time in music composition. Emily Howell, an AI program that creates its own musical compositions, is challenging the indisputable classical period genius Wolfgang Amadeus Mozart on Wednesday night at the Gyeonggi Arts Center.

During the night’s performance entitled “Mozart vs. Artificial Intelligence”, the audience will be blind tested on their preferences after hearing two pieces of music: one from Howell – a Mozart-like Symphony 1st Movement Allegro – and another from Mozart, Symphony No. 34 1st Movement Allegro Vivace.

“I was surprise to see that the piece was far more complete than I had expected,” said Sung Si-yeong, director of the Gyeonggi Philharmonic Orchestra, which will be performing the two pieces of music. “(But) because music composition is the result of a moment’s creativity and inspiration, it’s a still field that AI cannot fully grasp.”

Howell was created by UC Santa Cruz professor of music David Cope, and it writes by combining various musical elements like rhythm and melody based on a vast music database. The piece for Wednesday’s performance was written after an analysis of dozens of Mozart symphonies.

“Howell’s symphony seems to lack overall harmony, and there is something missing in the way the piece develops,” added Sung, who was also confident that the performance would be “an opportunity to prove the superiority of human creativity.” 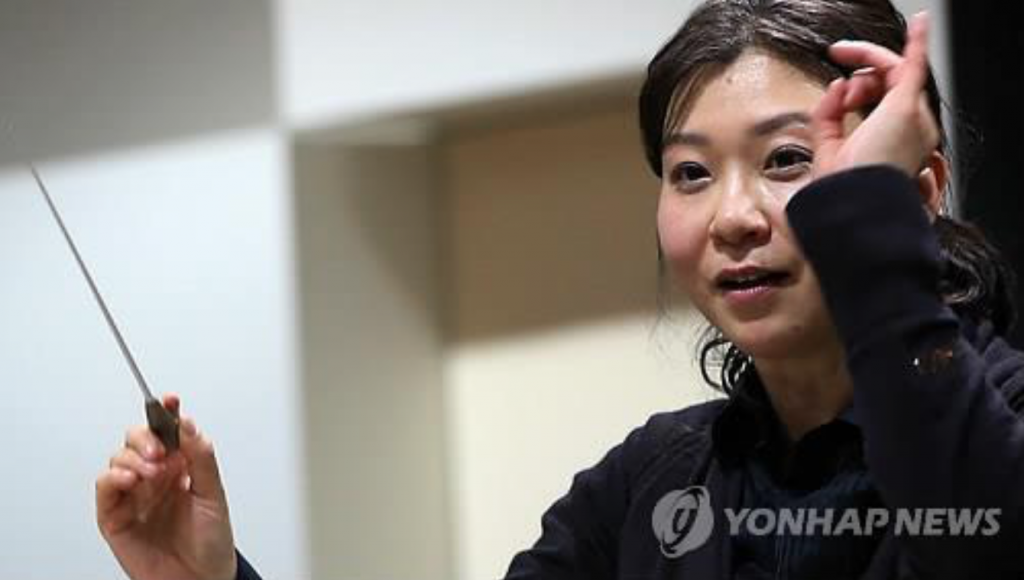 “We don’t know how AI will influence our lives in the future. But I always thought music was something that needs inspiration. And I can’t wait to find out what the audience will think (of Howell’s music).” (image: Yonhap)

The idea for the concert was first conceived by Sung herself after watching the AlphaGo versus Lee Sedol Go matches in March. She wanted to question how far AI could replace the role of human beings, but she also wished to overcome the widespread perspective that classical music is ‘boring’.

Professor Cope was moved by Sung’s motives, and decided to offer Howell’s piece to the Gyeonggi orchestra for free.

“We don’t know how AI will influence our lives in the future. But I always thought music was something that needs inspiration. And I can’t wait to find out what the audience will think (of Howell’s music).”

The production will also feature another piece written using computer algorithms, this one by composer Kim Taek-su, who was also asked by the Gyeonggi director for a piece specific to the night’s concert.

Kim’s piece was written by allowing the computer to determine the notes and rhythms based on the general musical direction, such as the shape of melody and the distance between notes, predetermined by Kim.

“The piece is basic arithmetic, but music theory also requires arithmetic thinking, so I think there’s a close relationship there,” said Kim. “I’m very curious as to how Howell approached the overall orchestration beyond simple rhythm and melody.”