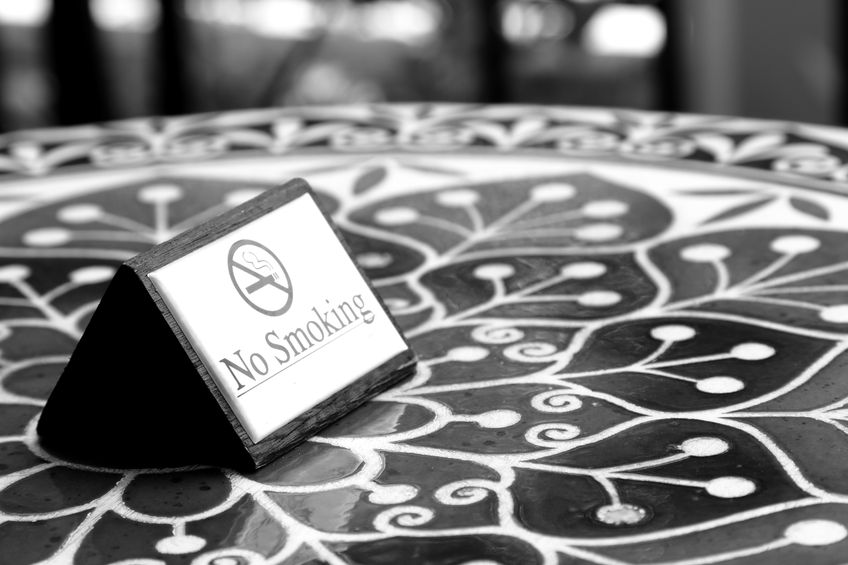 The number of businesses subject to the new law will increase to 600,000. (image: Kobizmedia/Korea Bizwire)

SEOUL, December 15 (Korea Bizwire) – As of January 1, 2015, all restaurants, cafes, bars and bakeries in South Korea are to go smoke free regardless of their size.

Korea, once known as a smoker’s paradise, has seen an expansion of smoking bans in public and business places since 2009. In 2009, South Korea’s Ministry for Health & Welfare introduced a smoke-free law taking effect in 2011 for public places such as schools, medical institutions, public transportation venues, government buildings, etc. Since then, the Korean Government started a long journey to ban smoking in business places.

On June 8, 2013, Korea’s PC gaming centers, known as PC bangs (PC rooms) became smoke-free zones, and offending PC bangs are now subject to a fine of up to 5 million won (US$ 4,530). In July 2013, a smoking ban on restaurants, cafes and bars with an area of more than 150 square meters was introduced. On January 1, 2014, the ban was extended to establishments with an area exceeding 100 square meters.

However, businesses bigger than 100 square meters will still be fined, even during the grace period. Owners of cafes are also prohibited from operating smoking areas in their businesses. However, they are permitted to operate ventilated smoking areas without any seating.

The government also plans to ban smoking in billiard halls and indoor golf driving ranges next year, said the Ministry of Health and Welfare on December 12.

Korea ranks at the bottom of the OECD when it comes to cigarette prices. A pack of cigarettes currently sells for 2,500 won (US$ 2.20). However, cigarette prices are set to increase by 2,000 won in 2015, at the same time as the new smoking bans take effect.

According to 2013 Korea National Health and Nutrition Examination Survey, the smoking rate for adult Korean males aged over 19 is 43.7 percent.