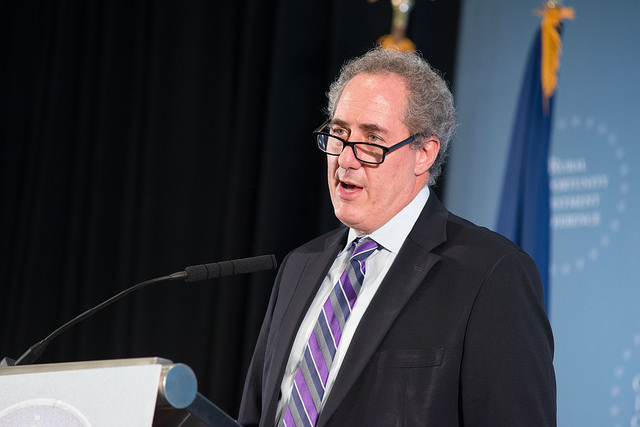 The office of the trade representative said that trade in U.S.-Korea goods and services rose from US$126.5 billion in 2011 to a record $145.2 billion in 2014. (image: U.S. Department of Agriculture/flickr)

“After battling economic headwinds, our trade with Korea is expanding, American industries are gaining market-share across the range of sectors from autos and chemicals to film and telecom,” Froman said in a statement marking the third anniversary of the agreement.

The office of the trade representative said that trade in U.S.-Korea goods and services rose from US$126.5 billion in 2011 to a record $145.2 billion in 2014. And the U.S.-Korea trade and investment relationship is substantially larger and stronger than in 2011.

“This past year in particular we saw a surge in U.S. goods and services being sold in Korea. We now sell over a billion dollars’ worth of U.S.-made autos in Korea, an increase of 140 percent over the last 3 years. There is, of course, much more room for growth, given how closed Korea’s market was before this agreement,” Froman said.

The Korea-U.S. FTA has also contributed to a strong and successful 2014 for American exporters, the office said, adding that the agreement is unlocking opportunity for more Americans, supporting good-paying jobs, and contributing to record overall exports of $2.35 trillion in 2014.