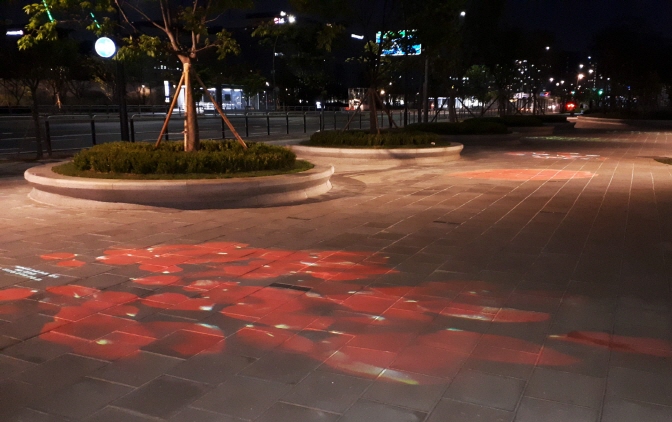 SEOUL, May 7 (Korea Bizwire) — The Seoul Housing & Communities Corp. (SH) announced on Sunday that it has created a storytelling cultural space at Magok Central Plaza in the Magok Industrial Complex, which tells the story of the fairy tale “The Little Prince.”

The corporation has created “Hidden Forest,” which tells the story of “The Little Prince,” under the theme of “Utopia, to Find my Ideal World,” in the underground passage to the Seoul Botanical Garden in the complex, which officially opened on April 1.

The Hidden Forest features baobab trees from “The Little Prince,” a pillar shaped like baobab trees holding imaginary leaves with motifs, sound scape and lights that deliver the sounds of mysterious forests.

At Magok Central Plaza, which features a story linked to Hidden Forest, visitors can meet the design lights of “The Little Prince” that embodies the planet of the Little Prince, the original shape of Utopia, a lenticular motif of the Earth that the Little Prince loved, and starlight of the street lamppost that Little Prince encounters. 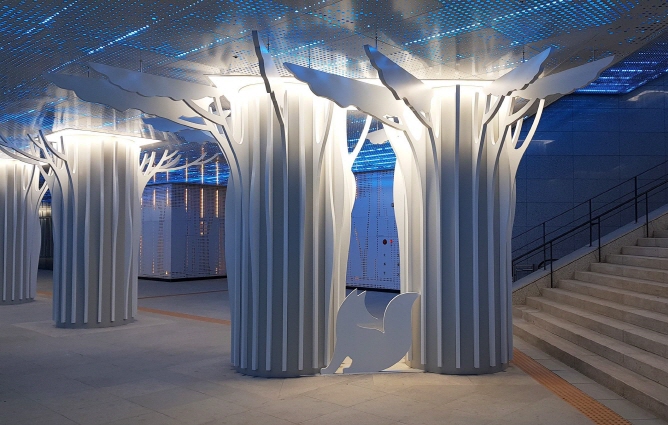 The “Smart Fog” at Magok Central Plaza has been installed as a solution to reduce fine dust.

A sensor for measuring fine dust installed in the 80-meter section of the wall differentiates the concentration of fine dust with different colors and regulates the amount of injection in three stages to create a mysterious atmosphere.

SH president Kim Se-yong hopes that Magok Central Plaza and the Hidden Forest can become cultural spaces for children to meet the world of Little Prince and a place to find forgotten memories of small things for adults.