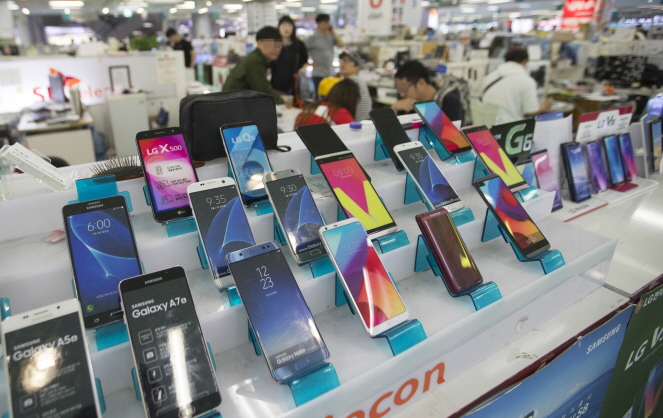 The report announced by Japan’s Ministry of Internal Affairs and Communications did not compare the same types of telecommunications subscription rates across countries. (image: Yonhap)

SEOUL, Sept. 21 (Korea Bizwire) — Following survey results released by the Japanese government claiming that costs for telecom services in Seoul were the second-highest among six of the world’s major metropolises, members of the local telecom industry have refuted the claim, stating that the subject of comparison and survey methodology were inadequate.

According to industry insiders, the report announced by Japan’s Ministry of Internal Affairs and Communications did not compare the same types of telecommunications subscription rates across countries.

The fees selected to compare rates from the U.S., U.K., Germany and Korea were ones that offered unlimited voice calls, while the plan from Japan offered free voice minutes for calls under 5 or 10 minutes.

For the French subscription plan, the rate came with a flat fee which included 120 minutes of voice calls.

Based on the assumption that users would be making 70 minutes of voice calls and sending 155 text messages (SMS) per month, the Japanese government compared three types of plans offering data capacities of 2GB, 5GB, and 20GB.

According to the research results released by the Japanese government, the highest rate for a 2 GB data plan package came from New York at 59,900 won per month, followed by Seoul at 35,040 per month.

According to the Korea Telecommunications Operators Association (KTOA), however, in order to make for a balanced comparison, the unlimited voice call package that was chosen by the Japanese as the subject of comparison did not translate to a fair distinction.

“If proper mobile plans of equal capacities were selected to make comparisons, South Korea’s rates would be ranked in the middle among the cities that were studied,” said a spokesperson from the KTOA.

The association went on to say that telecommunications rates in Japan are more expensive than Seoul’s when packages belonging to the same category are compared.