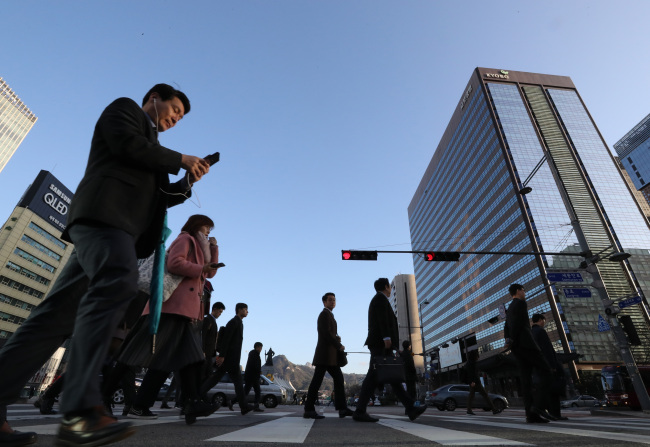 The number one reason for leaving one’s job was conflicts with bosses and colleagues, including abuse of power among superiors. (Yonhap)

SEOUL, April 14 (Korea Bizwire) — More than 50 percent of workers who quit their jobs hide the real reason for leaving the company, a recent survey revealed.

JobKorea, a job search portal operator, conducted a survey of 2,288 workers who had quit their job in the past. The results showed that 52 percent did not reveal the exact reason for leaving the company.

Of the survey participants, 39 percent shared why they were leaving with a few individuals, including bosses and colleagues who were close, while 22 percent did not inform anyone.

The number one reason for leaving one’s job was conflicts with bosses and colleagues, including abuse of power among superiors.

Some 66 percent of the workers who left the company due to such conflicts hid the real reasons why they chose to quit.

Other reasons include “corporate and organization culture”, which accounted for 63 percent, followed by 54 percent citing “dissatisfaction with rank and position” and 54 percent choosing “no guarantee of work and life balance with huge workload.”

As to why they did not reveal the reasons for leaving, 41 percent knew “nothing will change even if I tell the truth.” Instead of the truth, 36 percent cited “personal reasons,” when they quit.

Regarding the postmortem e-mail culture, known as U.S. media giant Netflix Inc.’s way of leaving the company, three out of five predicted that it would not be able to settle down in Korea.

The postmortem email culture is a culture in which a departing employee writes down a detailed analysis of the company for the sake of the remaining employees.