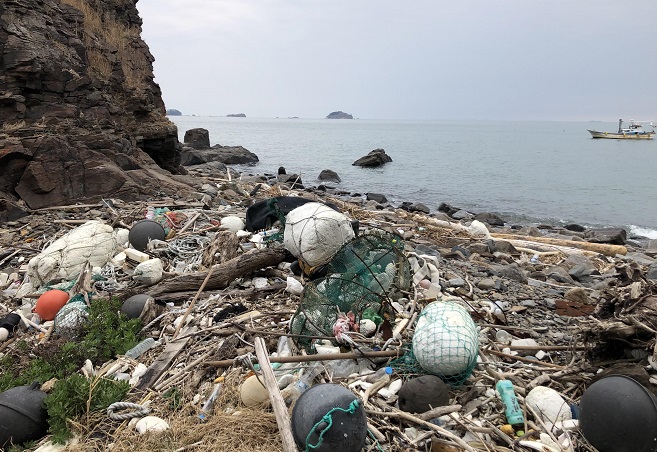 INCHEON, Jan. 22 (Korea Bizwire) — Incheon’s coastal areas and uninhabited islands that are found in surveillance system blind spots are being inundated with thousands of pieces of garbage.

Green Korea United (GKU), a civic activist group, said Thursday that it had detected and collected 6,845 pieces of garbage such as plastic and styrofoam as a result of an investigation of five islands and coastal areas within the district of Incheon, a port city west of Seoul.

This amount of garbage is significantly higher than that reported in other coastal areas that are monitored regularly by the Korea Marine Environment Management Corp., a unit that operates under the umbrella of the Ministry of Oceans and Fisheries.

The investigation found only three pieces of garbage on Baeknyeong Island’s Sagot Beach, and 11 at Yongyou Beach on Youngjong Island, where regular monitoring activities are undertaken.

GKU called for the government to come up with countermeasures, claiming that monitoring and collection of marine garbage on uninhabited islands and in coastal areas that are difficult to access are not being undertaken properly.