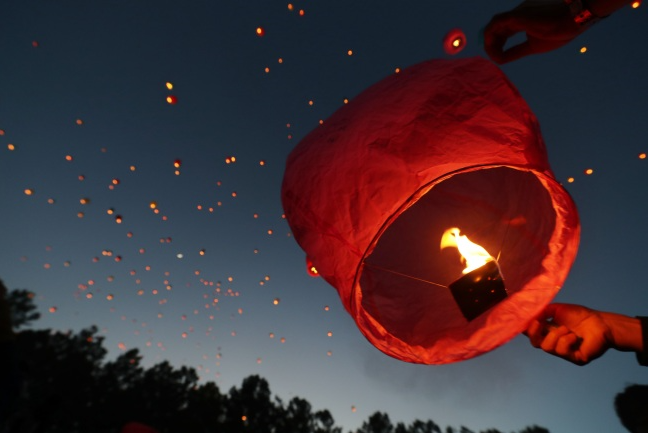 The tank contained about 4.4 million tons of gasoline and is surrounded by a wall with a thickness of 60 centimeters, which prevented the fire from spreading in other areas, Goyang fire station said. (Image courtesy of Yonhap)

SEOUL, Oct. 9 (Korea Bizwire) – Daehan Oil Pipeline’s storage tank in Goyang erupted in a massive blaze last Sunday, burning more than 2 million liters of oil before being put out by firefighters after a rigorous 17-hour effort. The massive fire was reportedly caused by a sky lantern that was released by a Sri Lankan national, who was a construction worker.

After failing to put out the initial blaze, the fire burned more than 2,660,000 liters of oil—an amount that could fill 133 oil tanker trucks—before it was put out at around 3:38 a.m. on Monday. It was reported that the losses are expected to amount to as much as 4.3 billion won.

Experts demanded overall checks on similar facilities and additional measures to prevent another round of “the worst accident ever to be remembered.”

Lee Yong-jae, a professor of fire safety management at Kyungmin University, pointed out that “automatic foam systems normally triggered by fire sensors did not work this time,” adding that this failure took away what probably was the only realistic option to extinguish the blaze. “It gets very difficult to approach the fires after that—the area inside a 100m radius will heat up as high as 1000 degrees Celsius,” Lee said.

Firefighters barely succeeded in putting out the fire by draining the remaining oil from the pipelines running under the storage tank.

The core problem lies in the fact that the fires came despite the presence of a fire prevention system and 24/7 system checks. Daehan Oil Pipeline said that the systems were being checked daily, monthly, quarterly, semesterly, and annually, adding that the storage tank in question was not in operation. 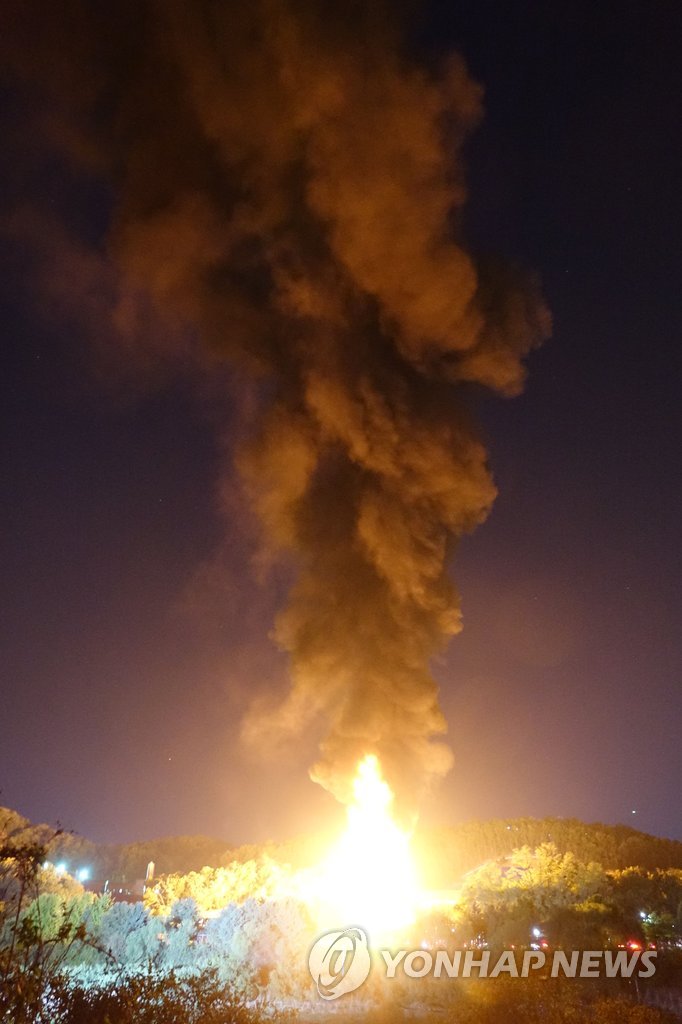 After failing to put out the initial blaze, the fire burned more than 2,660,000 liters of oil—an amount that could fill 133 oil tanker trucks—before it was put out at around 3:38 a.m. on Monday. It was reported that the losses are expected to amount to as much as 4.3 billion won. (Image courtesy of Yonhap)

This was the point of focus for In Sae-jin, a professor of fire prevention at Woosong University, who said that “prevention always comes first especially when there is no other realistic option to put out fires,” pointing out that “it doesn’t matter how thick the oil mist is, because that does not start the fire. A spark, however, does.”

“If there were no external factors whatsoever, then it could’ve been the electric sparks that came from internal system failures that led to the flames,” In said, adding that “defects in the automatic foam system should be thoroughly examined.”

Lee Yong-jae also said that the accident was the “first of its kind in South Korea,” adding that “catastrophe was just around the corner, waiting for the fire to spread to other tanks.”

“Systematic checks should be carried out to prevent any accidents in the future,” Lee said.