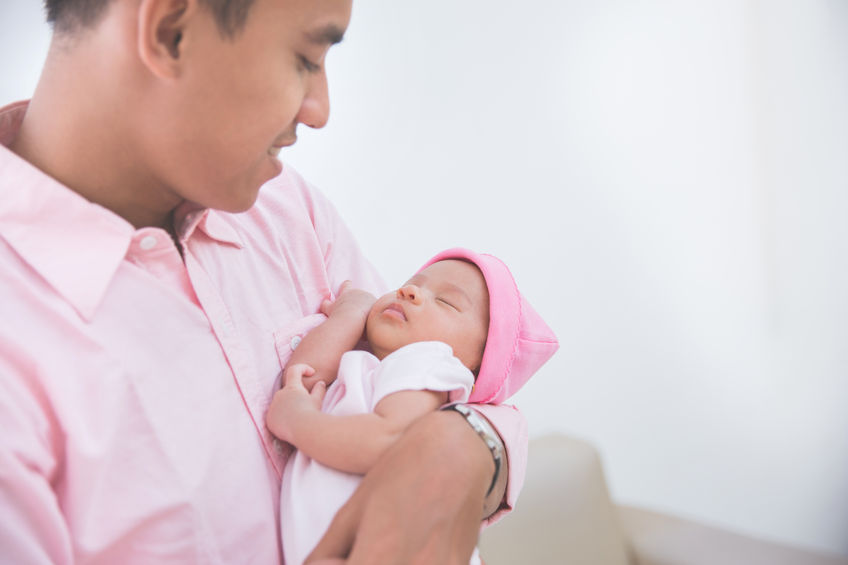 The move illustrated the widespread perception in South Korea that women should take care of children.

South Korea has been encouraging paternity leave, including turning the unpaid leave into paid leave in 2001, as part of its efforts to boost South Korea’s low birthrate and ease the burden of child care.

The figure marked the lowest number of newborns since 1970, when the statistics agency started to compile such data.

The ratio has been on the rise as South Korea has pushed to bring stay-at-home moms back to work in recent years.

The statistics office said 46.3 percent of more than 5.51 million married women quit their jobs in 2016 due mainly to marriages, pregnancy and childbirth.

South Korea’s female labor participation is among the lowest in the world as many women leave work to take care of kids.

The data showed that male employees worked an average 45.4 hours a week last year, down 36 minutes from a year earlier, with the corresponding figure for female workers being 39.7 hours, also down 42 minutes.

The average working hours a month totaled 176.9 hours last year, down 14.3 hours from a decade ago, with workers’ monthly overtime falling 4.4 hours to 12.7 hours, the data showed.