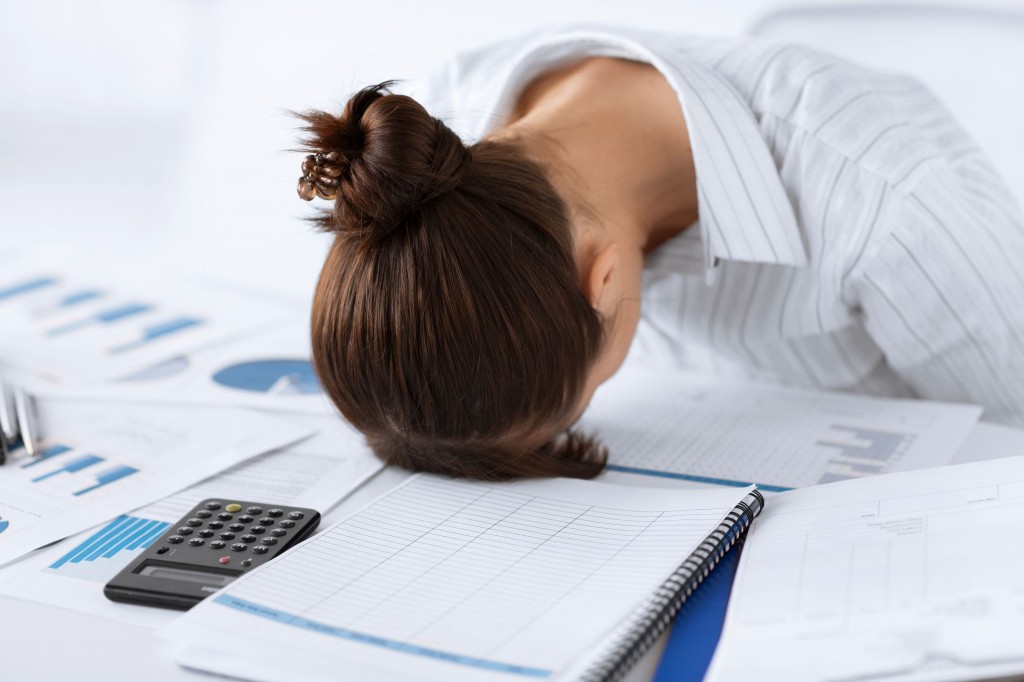 Shin Young-chul, head of the Workplace Mental Health Institute at Kangbuk Samsung Medical Center, surveyed 202,629 workers in the 20s to 40s age group who had come into the hospital for a health checkup in 2014. The study showed that among people who sleep four hours or less a day, the prevalence of depression was 9.1 percent, more than four times the 2 percent among people who sleep seven hours, the base condition set for the survey.

Prevalence of anxiety and suicidal thoughts for the same group was 16 percent and 12.7 percent, respectively, compared to 4.3 percent and 5 percent for people who sleep the full seven hours, the study said.

Signs of mental harm, although to a lesser degree, also showed among people who sleep more than seven hours, according to the study.

Smaller amounts of sleep makes people more suicidal, the same study suggested. People of the same gender and similar age working in similar stressful environments were tested for the level of suicidal inclinations, and the results showed that it was 1.9 times higher among people sleeping four hours or less than among those who sleep the full seven hours.

People may feel the same level of anxiety, but those who sleep four hours or shorter tended to think more about suicide, 2.2 times more to be exact, than people who sleep seven hours, according to the study.

“We can glean from the results that we may be able to prevent depression, anxiety attacks and even suicide if we can guarantee seven hours of daily sleep for our workers,” Lim Se-won, deputy chief of the institute, said.