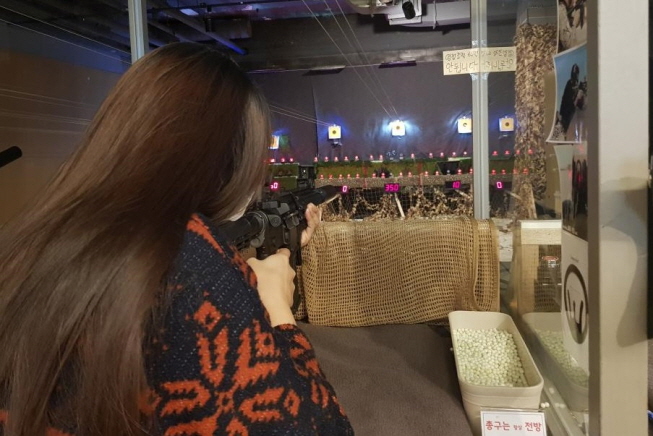 Shooting ranges are said to be popular among women. (Yonhap)

SEOUL, Nov. 2 (Korea Bizwire) – The safety management standard for BB guns will be strengthened in South Korea to prevent them from being illegally modified.

The Korean Agency for Technology and Standards (KATS) announced on Sunday that it will issue a notice on the revision of the BB gun safety standards that would include a new provision concerning the attachment of bullet speed limiters.

Thus far, the bullet speed limiter has been pointed out as one of main reasons for illegal modification of BB guns.

The bullet speed limiter refers to a silicon rubber or metallic component that is attached to a gun’s muzzle to reduce the firing energy (pneumatic or gas compression) of BB guns.

Against this backdrop, the KATS decided to revise the safety standards towards including a new provision that prevents the bullet speed limiter from being easily removed. The revision is scheduled to take effect from May 2021.