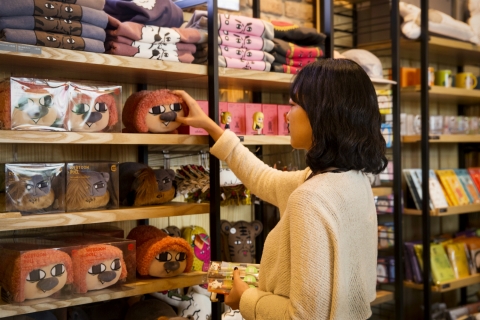 In 2015, Naver is planning more diverse PPS strategies that will help open up more opportunities for bigger earnings. First, Naver will support the character product business by establishing a Webtoon Studio that will supervise the planning, designing, and manufacturing of character products. Naver expects that the studio will help creators focus on making their webtoons and release them from the burdens of business related matters.

Yoo Seung-Jae, head of marketing for Naver, said that the company is prioritizing the expansion of existing profit systems to provide a stable environment for creators, rather than on earning profits for Naver alone. Naver has introduced about 170 character products at its brand store, which is situated on the ground floor at its headquarters. It will launch an online store in February.

Naver will also upgrade its mobile webtoon viewer to be linked to mobile games based on webtoons.

A special unit for derivative work from webtoons has been started in order to protect the rights of creators, while granting them more chances to benefit from other sources of income. In 2014, 52 derivative works based on Naver webtoons were produced or entered production. So far, Naver has been unofficially supporting creators regarding legal and commercial issues of the derivative works on a case by case basis.