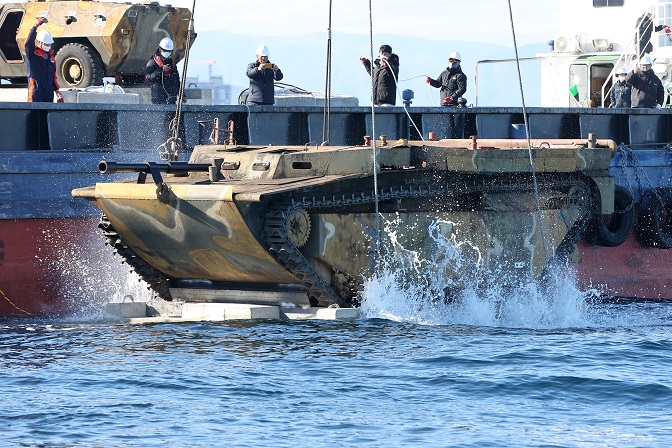 GANGNEUNG, Dec. 15 (Korea Bizwire) — The city government in Gangneung, Gangwon Province has installed retired military supplies at Sageunjin Marine Park, which is located in the sea adjacent to Sageunjin by the northern part of Gyeongpo Beach.

After removing pollutants such as grease and completing biofouling work, the city government placed them in the sea on Tuesday. 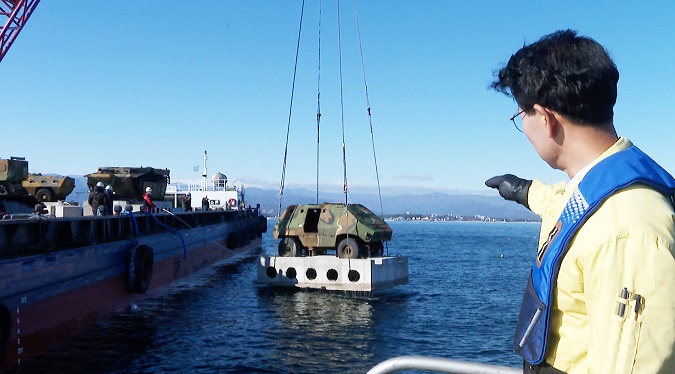 After spending about 8 billion won (US$6.74 million) to set up a land observatory and berthing facility from 2013, the city government installed a variety of underwater attractions, including two retired ships (800 ton and 2,400 ton) and artificial reefs.

Covering an area of 113 hectares, Marine Park was created in the sea about three kilometers away from the Sageunjin coast. The park has become a famous tourist attraction with more than 20,000 people visiting the site every year.

According to the city government, the number of scuba divers visiting the city has increased by more than 30 percent since Marine Park was created. 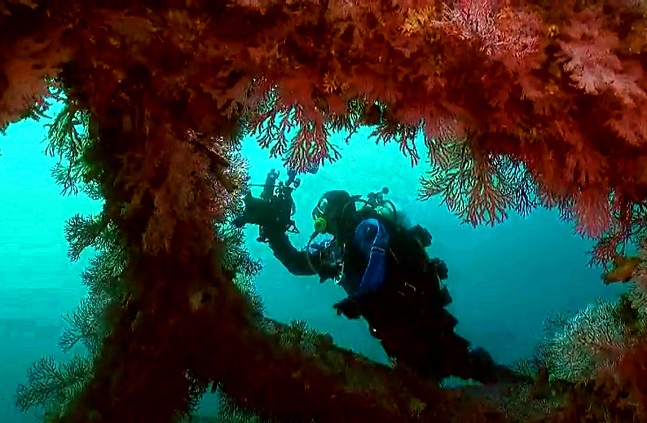