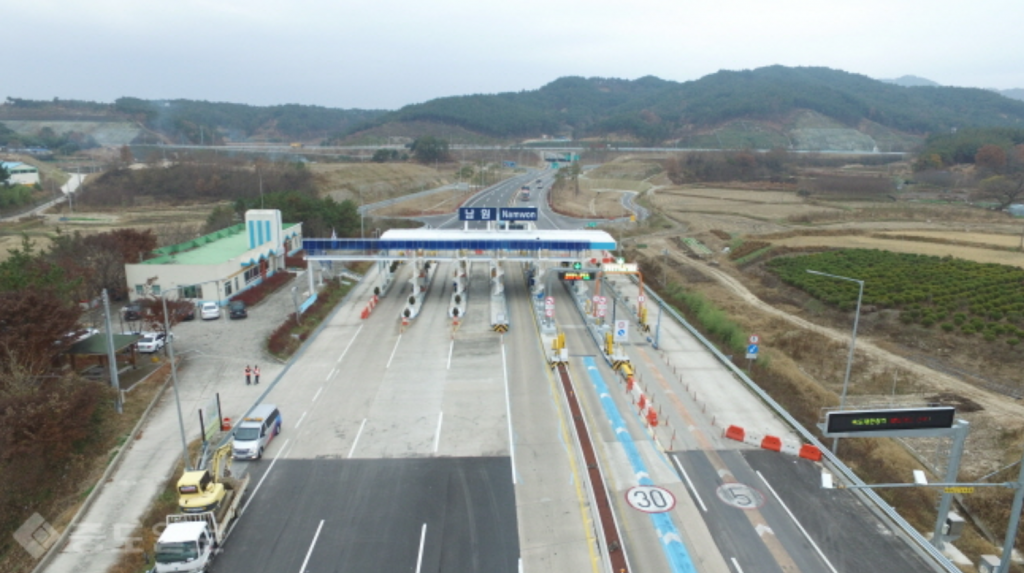 NAMWON, South Korea, March 31 (Korea Bizwire) – The Korea Expressway Corporation’s South Jeolla office introduced Thursday a wrong-way driving preventive system at one of its toll gates on the Gwangju-Daegu Expressway (Namwon), to more effectively prevent accidents that can result from drivers heading mistakenly, or deliberately, in the opposite direction.

According to officials, wrong-way driving is frequently observed among inexperienced or aged drivers. Late at night on February 24, a drunk driver was caught by police after driving some three kilometers in the opposite direction past the Namwon toll gate, an event that could have led to a deadly accident.

The system makes use of sensors already installed at toll collection areas (to classify vehicle types and car width) to determine if the car is driving in the wrong direction. Upon detecting such a vehicle, the system triggers a siren to alert the driver, then displays a message on an electronic display located some 50 meters from the booth.

Together with the audiovisual signals, traffic officials are notified immediately of the wrong-way driving motorist, and an emergency text is sent to the local police for a prompt dispatch.

“We didn’t have any system to restrict wrong-way driving. We can now warn such drivers instantaneously and respond more swiftly to prevent highway accidents,” said a KEC official. “We’re considering installing the system at other toll booths in the country.”