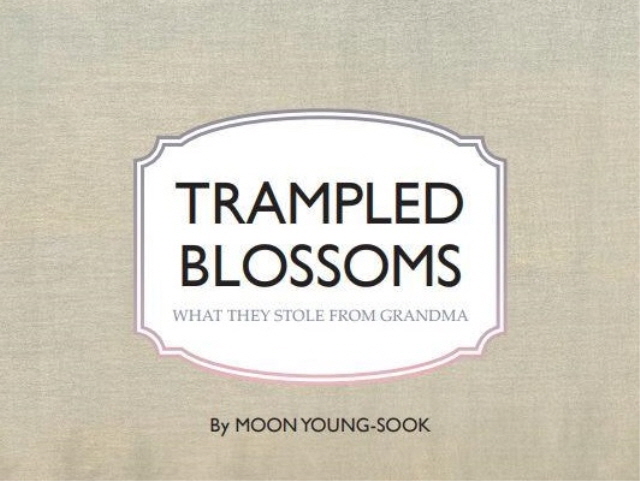 SEOUL, Aug. 22 (Korea Bizwire) — A young adult novel on Japan’s wartime sexual slavery, which was recently translated into English, will hit the shelves in the United States and other countries this year to recount the devastation of the Japanese wartime atrocity, according to its publisher Thursday.

The 248-page novel, “Trampled Blossoms: What They Stole from Grandma,” written by Moon Young-sook and translated by David Carruth, will go on sale at the U.S. online bookseller Amazon and through other global circulation channels in November, the publisher, Seoul Selection, said. The English version was released in Korea earlier this month.

The author drew on historical facts, in-person interviews and testimonies by victims of the “comfort women” to build the story of a grandmother who had to hide her past as one of many Korean girls and young women who were enslaved by the imperial Japanese army during World War II at front-line brothels.

The story begins with the news of the death of an old woman, Chun-ja, who suddenly disappeared from home.

Her granddaughter Yuri and her daughter track down the whereabouts of Chun-ja and unfold the old-woman’s devastated past.

“Few fully understand exactly why and how the girls came to be ‘comfort women,’ the scope of the assault they endured … and how they lived out their lives after they returned to Korea post-liberation,” Seoul Selection said.

“Simply acknowledging the tragedy as a historical fact and fully portraying the depth of reality and pain of the victims are vastly different propositions, which makes the publication of ‘Trampled Blossoms,’ an honest and vivid depiction of the victims’ account of sexual slavery,” it said.

Moon is known for her history novels catered to young adult readers. She is the winner of the 2005 Munhak Dongne Prize for Children’s Literature.