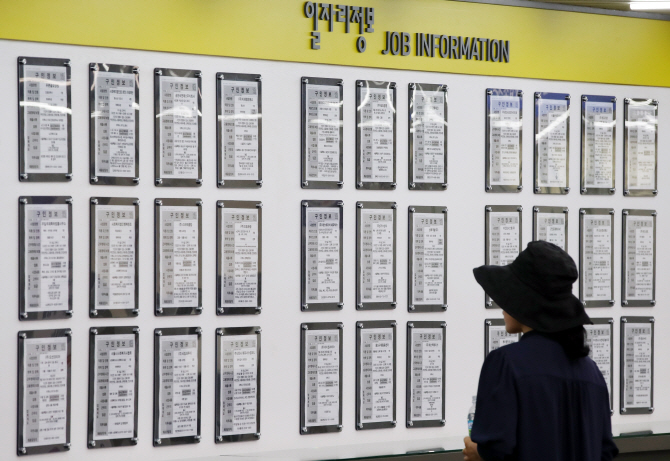 A job seeker looking at recruitment notices at an employment center in Seoul. (Yonhap)

SEOUL, Dec. 23 (Korea Bizwire) — The number of South Koreans overqualified for their current jobs has reached a record high of over 30 percent this year, a central bank report showed Monday, suggesting overeducation may be adding to the country’s overall costs and that the nation may also be running out of quality jobs.

According to the report from the Bank of Korea (BOK), the number of people underemployed has breached the 30 percent mark for the very first time this year.

“Also in the short term, it provides information about the quality of jobs that traditional employment-related indicators, such as jobless rate and employment rate, may not be able to provide,” it added.

The report listed the lack of quality jobs as the No. 1 reason for a steady rise in underemployment.

For instance, the underemployment rate surged shortly after the 2008 global financial crisis, breaching the 25 percent mark for the first time in history.

In the 2000-2018 period, the number of college graduates increased by an annual average of 4.3 percent, it noted.

The number of what it called “adequate jobs,” on the other hand, gained only 2.8 percent per year over the cited period.

The report said the country’s job ladder may also not be operating properly, noting 85.6 percent of those underemployed continued to remain underemployed after a year, and 76.1 percent even after three years.

“There is a need to enhance job training while working to reduce overeducation since an increase in underemployment leads to a rise in inefficiency and costs. Also, there need to be efforts to enhance labor mobility in the job market,” the report said.