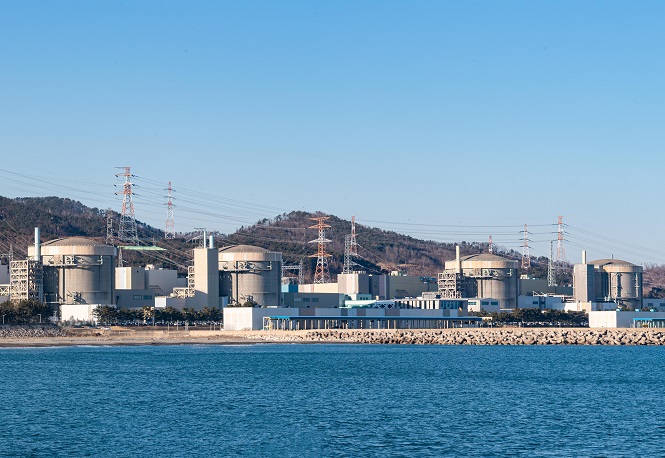 This photo provided by the state-run Korea Hydro & Nuclear Power Co. shows a nuclear power plant in the southeastern city of Gyeongju.

SEOUL, Sept. 21 (Korea Bizwire) — South Korea has made it official that nuclear energy will be included in the list of government-labeled green economic activities despite opposition from environmental activists.

The environment ministry on Tuesday released a draft revision to the national green taxonomy guideline.

The classification system was first announced in December by the previous Moon Jae-in government as an instrument to promote environmentally sustainable investment and help achieve the national carbon neutrality goal.

The so-called K-taxonomy defines whether certain economic activities are environment-friendly or not. Some banks participating in a pilot project provide low-interest loans to activities labeled as green.

Construction of new nuclear power plants and improving aging reactors for extended operation will be added to the transitional category, the ministry said.

But to qualify for the label, the construction and the lifespan extension of nuclear plants must be approved by 2045, and they have to meet a range of criteria regarding treatment of nuclear waste, greenhouse gas emissions, and the use of advanced technologies and fuels.

The inclusion of nuclear as green resources has been widely expected since President Yoon Suk-yeol’s inauguration in May.

He has pledged to revitalize the atomic industry to ensure energy security and reduce carbon emissions, reversing his predecessor’s policy to phase out nuclear power.

Environmental activists, concerned about the dangers of nuclear accidents and radioactive waste, accused the taxonomy revision of greenwashing and vowed to fight the conservative leader’s pro-nuclear policy.

Critics also said the government did not make sufficient efforts to collect public opinions before drafting the amendment.

The ministry said it will draw up a final plan reflecting various opinions but that the inclusion of nuclear power is unchangeable.