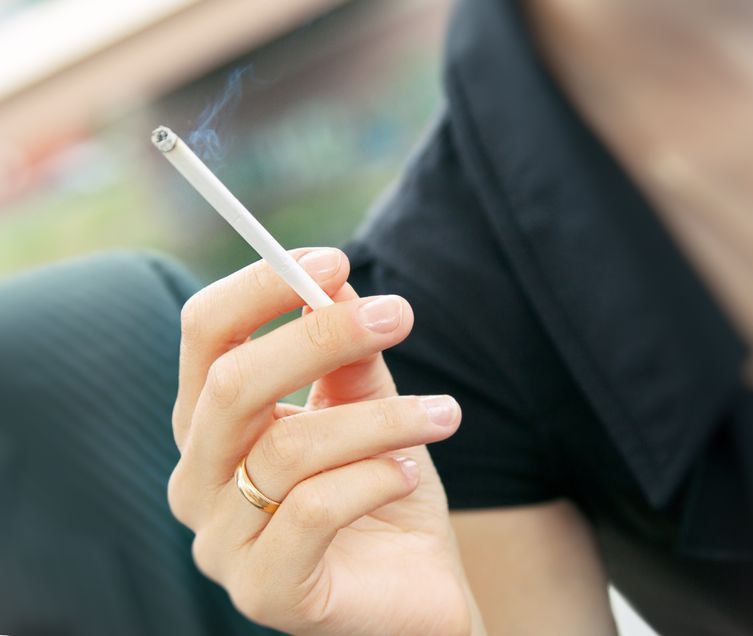 The overall number of smokers had been declining in the face of concerted efforts to get people to stop buying cigarettes. (image: Kobiz Media / Korea Bizwire)

SEOUL, Oct. 27 (Korea Bizwire) — The number of male smokers in the country halved in the last 20 years, but there has been a steady rise in the use of e-cigarettes, a national survey showed Sunday.

The 2018 National Health and Nutrition Survey and the 2019 Youth Health Behavior Survey showed that one in three men in the country smoked as of last year, with e-cigarette use rising steadily in the past three years, the Ministry of Health and Welfare said.

It said the use of liquid type e-cigarettes by teens, in particular, was on par with adults.

The data was compiled by checking 10,000 people from 4,416 households throughout the country and by asking questions to 60,000 middle and high school students from 800 schools.

The ministry said the overall number of smokers had been declining in the face of concerted efforts to get people to stop buying cigarettes.

The national smoking rate for people over 19 that smoked more than five packs of cigarettes in his or her lifetime, and still smoked, stood at 22.4 percent in 2018, up 0.1 percentage point from a year earlier, but was down sharply from 35.1 percent in 1998.

“There has been a gradual decrease in smokers, with numbers actually dropping to 22.6 percent in 2015 when the government marked up prices by 2,000 won or US$1.80 to get people to stop smoking,” the ministry said.

It said that while the percentage did rise the following year, it dipped again in 2017.

The ministry, however, said that use of liquid e-cigarettes has been rising swiftly, with national numbers hitting an all-time high of 4.3 percent in 2018, the highest reading since related date was collected in 2013 and tallied at 1.1 percent.

Popularity of such e-cigarettes among men reached 7.1 percent last year, with corresponding numbers for women standing at 1.1 percent.

In particular, it said that while smoking among teens stood relatively unchanged at 6.7 percent in 2019, which is roughly unchanged from the past few years, the percentage of those using e-cigarettes reached 3.2 percent this year, up from 2.2-2.7 percent in the 2016-2018 period.

On the issue of indirect smoking, the percentage of exposure of non-smokers dropped to under 5 percent in 2018 from 18.5 percent in 2005, a clear sign that nationwide campaigns and regulations are taking effect.

The ministry said that besides smoking there has been a rise in obesity in the country.

For women the BMI reading dipped from 26.2 percent to 25.5 percent.

The latest findings said excessive drinking among women rose to 42.8 percent last year compared to 25.1 percent in 1998, while numbers for men fell to 50.8 percent from 55.3 percent in the same period.

On the issue of basic physical activity, data for both men and women revealed a decrease from 60.7 percent of people walking at least 30 minutes per day and doing this five times a week in 2005 to 40.2 percent in 2018.

Such trends show fewer people exercising compared to the past, which is leading to health problems linked to hypertension, high cholesterol and diabetes. It said people are eating more meat products and fewer vegetables and fruits.

The ministry said that while there have been some improvements in health data, there is still room for improvements going forward, which will require cooperation between the government and the people.