The agency published a series of videos of a contact-free fashion show, which have already racked up more than 700,000 views. 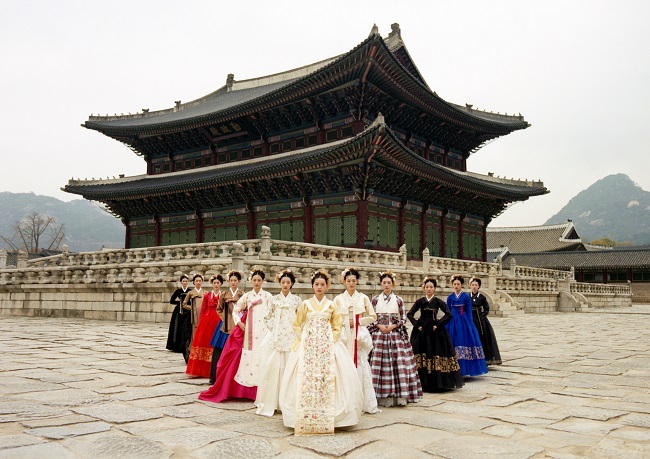 The photos and video of the traditional attire taken at Gyeongbok and Deoksu Palaces were published on YouTube and other social media platforms on Dec. 24.

The video showcased 21 kinds of hanbok worn by Princesses Bokon (1818-1832) and Deokon (1822-1844), daughters of King Sunjo, the 23rd monarch of the Joseon Dynasty, reinterpreted into modern design by Kim Young-jin, a renowned hanbok designer.