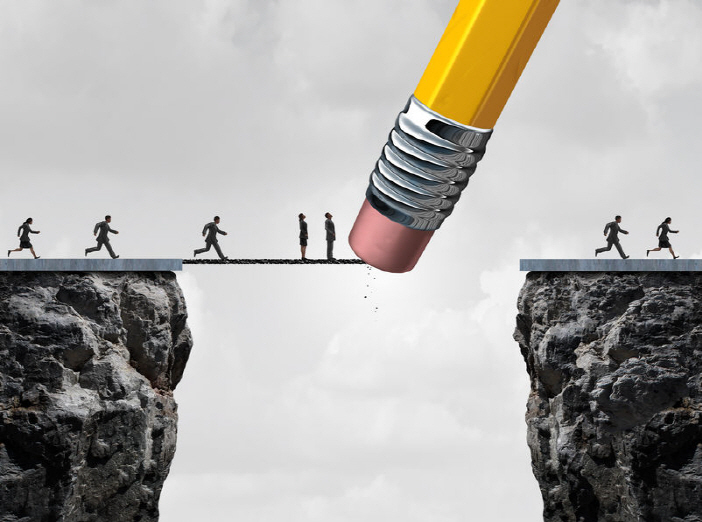 Only 10.7 percent of all workers in the labor market had permanent jobs with a large corporation. (image: Korea Bizwire)

SEOUL, Nov. 5 (Korea Bizwire) — Only 1 out of 10 workers in Korea were found to be fortunate enough to be hired in secure job positions that came with high pay, which was one of the lowest levels among OECD-member states.

This has prompted critics to point to the dual structure of the labor market with most high-paying permanent jobs offered by prominent Korean conglomerates on one end of the job market spectrum, and temporary workers and SMEs on the other end.

This dual system was also reason for the low employment rates found among young adults and women, as well as the high ratio of self-employed workers surveyed throughout the country.

According to a report on the employment sector published yesterday by the Bank of Korea’s Economic Research Institute, only 10.7 percent of all workers in the labor market had permanent jobs with a large corporation.

Workers who were either working for SMEs or with temporary positions accounted for 89.3 percent of all workers.

The report also found that the gap in salary between the two categories of workers was 1.8 times, while permanent workers with more favorable working contracts were employed for a 2.3-times longer duration.

Meanwhile, young adults and women were less likely to get hired if they had obtained higher levels of education.

In the same period, the number of unemployed college graduates grew by 4.9 percentage points.

Even though a greater share of the population was able to receive college degrees from the 1990s onwards, the number of highly prized job openings did not increase to match the number of fresh graduates.

With the dual structure of the labor market, the influx of unemployed job seekers who had just obtained their college degrees grew as they sought to avoid the lower paying temporary jobs with lesser job security.

In addition, the difference in the employment rate for men and women with college degrees was 26 percent, the highest level of all OECD-member states.

Other advanced nations saw the employment rate gap between the two genders fall for job seekers with higher degrees, but not in the case of South Korea.

Analysts say that this is because a women’s career is often sidetracked due to marriage and pregnancy, and women are then forced to obtain subsequent jobs as temporary workers or at small and mid-sized businesses that have less favorable working conditions.