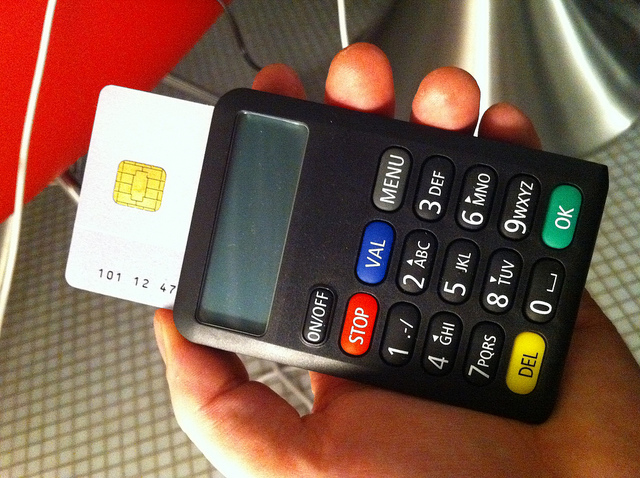 OTP is a password created randomly only for one-time use, which is known to be safer than security cards that use four-letter fixed password. (image: M*rten/flickr)

SEOUL, June 3 (Korea Bizwire) - While there has been a recent increase in “pharming” attacks, cyber-attacks intended to redirect a website’s traffic to another, bogus site, which steal electronic authentication certificates and personal financial information, nine out of ten Internet banking users are still using security cards instead of the one-time password (OTP) cards.

According to the Financial Security Agency, there are 9,440,3561 one-time password card users by March of this year, which is only 9.8 percent of total 95 million online banking users.

OTP is a password created randomly only for one-time use, which is known to be safer than security cards that use four-letter fixed password. It has been six years since OTP started to be implemented, but it hasn’t gained much popularity as only one out ten are using the password locking service.

Such low uptake of the service despite its increased reliability is attributed to the issue of expenses and inconvenience that the service entails. Financial service firms are reluctant to adopt the service since granting of these passwords is more costly than that of the conventional security card, ensuing banks charging their customers for OTP service, which makes the customers reluctant to adopt it as well. The trouble for OTP users of having to renew the service once in three to five years is another factor that accounts for the slow adoption.

Recently, pharming scams that extort the entire security card numbers have been reportedly increased. These attacks “poison” the user’s device with malignant codes to bring up bogus banking sites and ask for entire card numbers when the user wants to make online transactions.

The recent surge in the number of Internet scams has led to a belated effort by financial service providers to increase the use of OTP. These efforts include lowering the security levels and reducing the transfer limit of customers who don’t use OTP service and hosting free OTP granting events.

Kim Young Lin, the head of the agency, said “OTP service in Korea is well renowned for its technical reliability and is being benchmarked by many other countries. The agency will continue to put efforts in developing ways to increase the use of OTP for safer electronic transactions.”