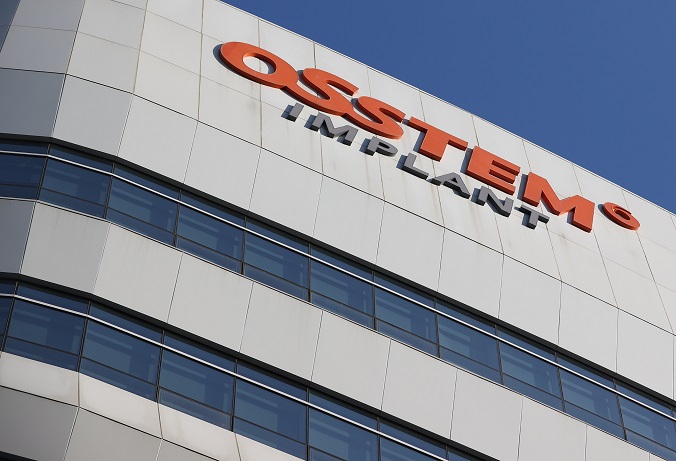 The employee in charge of managing corporate funds, only identified by his surname Lee, has allegedly embezzled 188 billion won (US$157.7 million).

Osstem Implant on Friday sued the employee in question on charges of embezzlement, which is estimated to be equivalent to over 90 percent of its equity of 205 billion won as of end-2020.

The company’s stock trading was suspended on the secondary KOSDAQ market on the same day.

“I sincerely apologize for causing anxiety to shareholders and customers,” said CEO Um Tae-kwan in a statement. “The company is doing everything it can to retrieve the embezzled money.”

Um said the alleged amount is huge, yet it is not enough to damage the company’s financial standing.

“(The embezzled amount) is about 59 percent of the company’s equity capital as of end 2021,” Um said.

The chief also said the company’s net profit could even swing to the black for 2021 once the embezzled money is retrieved.

Police are tracking the whereabouts of 188 billion won, with the possibility of the money being divided and transferred through multiple bank accounts.

The suspension will be in place until the bourse operator, the Korea Exchange, makes a decision on the dental implant maker’s listing eligibility.

The operator suspends trading and decides whether or not it is to be included in the delisting review when the amount of embezzlement exceeds 5 percent of equity capital.

The decision is expected to be announced by Jan. 24, but it can be postponed by two years. Also, the company can file an objection.

Concerns have risen that foreign investors could possibly suffer a significant loss as they hold a 44.2 percent stake in Osstem Implant. The portion of foreign holding in the company is the sixth largest on the KOSDAQ.

Last year, foreigners bought a combined 161.2 billion won worth of Osstem Implant shares. Their average purchase price per share is estimated at around 130,000 won.

Established in 1997, Osstem Implant is the country’s largest manufacturer of dental implants. The company also holds the largest market share in the Asia-Pacific region and is fourth in the global market.

It is the 20th mostly valued firm on the secondary market with market capitalization of some 2 trillion won.