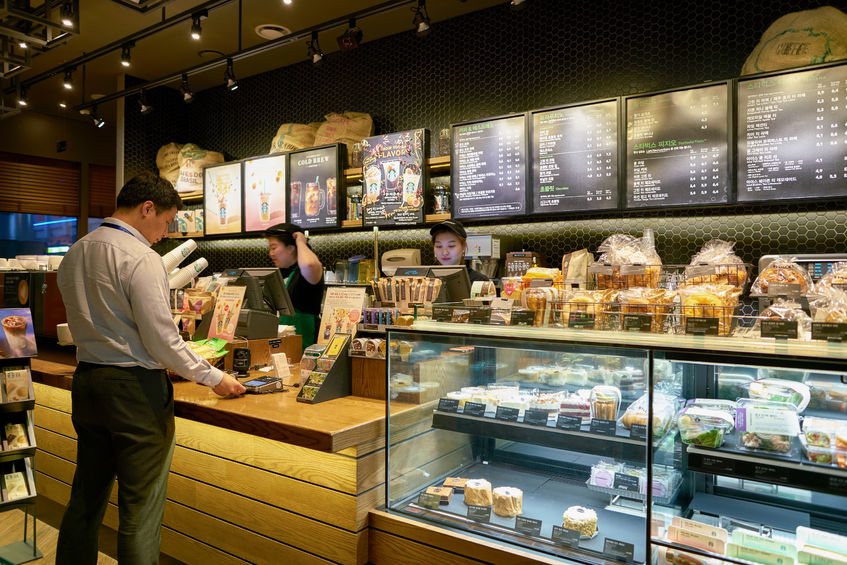 An individual referred to only as Hwang, who owns a café in Suwon, was surprised to learn that an online job ad he placed on recruiting website Albamon this month saw dozens of job seekers apply to work at his café. (Image: Kobiz Media)

SUWON, Jan. 19 (Korea Bizwire) – More than 100 people responded to a job advertisement for café staff the day the it was posted.

An individual referred to only as Hwang, who owns a café in Suwon, was surprised to learn that an online job ad he placed on recruiting website Albamon this month saw dozens of job seekers apply to work at his café.

“Only five or six months ago, it was difficult to find part-time workers, but so many people have applied all of a sudden this year,” Hwang said.

“As the minimum wage has gone up to 7,530 won per hour, I think few coffee shops are looking for employees,” the café owner added.

Contrary to last year, when an ad Hwang placed drew fewer than 10 applicants, the coffee shop owner had to shortlist 10 candidates and conduct thorough interviews before deciding to work with a man in his mid-20s this year.

Another coffee shop in Pyeongtaek, where finding workers is traditionally difficult, saw 15 people apply to fill a vacancy.

“Though my bet is that it’s the result of the minimum wage hike, I’m not entirely sure what the cause is,” the owner of the café in Pyeongtaek said.

The minimum hourly wage in South Korea went up 16.4 percent this year, and experts are divided over the impact of the increased wage on the job market.

According to data from Alba Heaven, job openings dropped nearly 11 percent after the wage hike came into force this year.

However, one company official says it’s hard to say whether the decrease is a direct result of the wage hike or if other circumstances have also played a role.

“It is true to an extent that some employers are considering downsizing in the wake of the minimum wage hike. But to say that there are fewer jobs because of the wage hike is not fair, as many factors are at play here,” the official noted.

Kim Yong-ki, a professor of business administration at Ajou University, said the decrease in job growth due to wage hikes can be solved via commercial rent prices and better relationships with franchise companies and affiliates.

“As well-intended economic policy can have side effects in the beginning, issues like job losses stemming from a wage hike must be solved by ensuring affordable commercial rental prices and building better relationships between franchisors and shop owners,” he added.