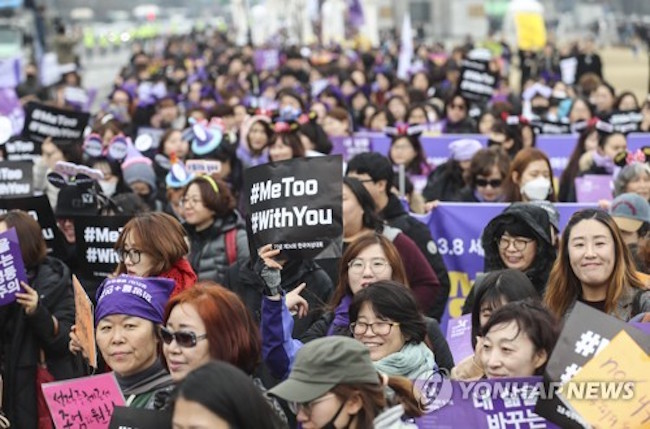 The Ministry of Gender Equality and Family said it will begin reviewing 2,022 institutions, including those of the central and local governments, as well as public companies, over their managing of workplace sexual violence, such as preventive training, and fair and proper handling of cases, starting Monday.

The ministry will also conduct an anonymous online sexual harassment survey on 553,000 employees at the taxpayer-funded agencies.

Last week, the gender equality ministry announced measures to toughen the punishment of sexual violence in the public sector, including plans to revise the national public service law to have public servants dismissed when they are assessed a fine worth 3 million won (US$2,800) or a heavier sentence for sexual crimes.