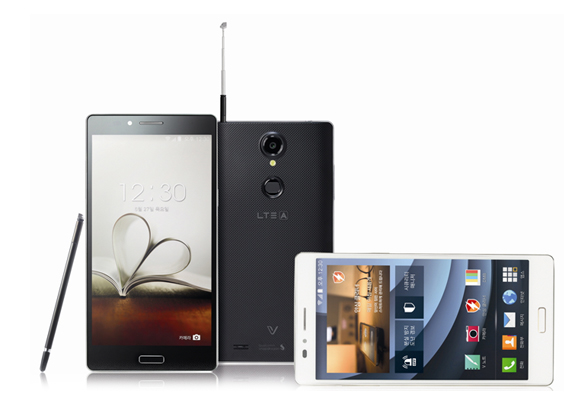 To this low-cost strategy by Pantech, other rival firms were nervous about its implications as it may affect the prices of their own phone models. (image: Pantech)

SEOUL, Nov. 24 (Korea Bizwire) — As Pantech, a smartphone manufacturer currently under court receivership, launched its latest phone model “Vega Pop-up Note” at about a half of the original factory price, it quickly ran out of stock within a day.

On November 21, the company said that it had prepared about 30,000 Vega Pop-up Note phones but received more than 60,000 orders from retail stores in the morning of the first day.

The Vega Pop-up Note, made available only for SK Telecom subscribers, was offered at 352,000 won, only half the price of other comparable models. Including about 200,000-won subsidies, the actual price at the time of customer sign-up is less than 200,000 won. In addition, the “Vega Iron 2,” another popular smartphone model by Pantech, was also offered at a substantially lower price, attracting so much attention from users.

Launched in May, the Vega Iron 2 has been sold at 352,000 won by KT and LG Uplus. According to industry sources, the model has sold more than 2,500 units a day. Still, the half-price Pantech phones are not inferior in specs to other models.

To this low-cost strategy by Pantech, other rival firms were nervous about its implications as it may affect the prices of their own phone models. In a situation in which the smartphone demand has almost been frozen following the October 1 implementation of the law intended to improve the handset retail structure, this is keenly watched by phone manufacturers and mobile operators alike.