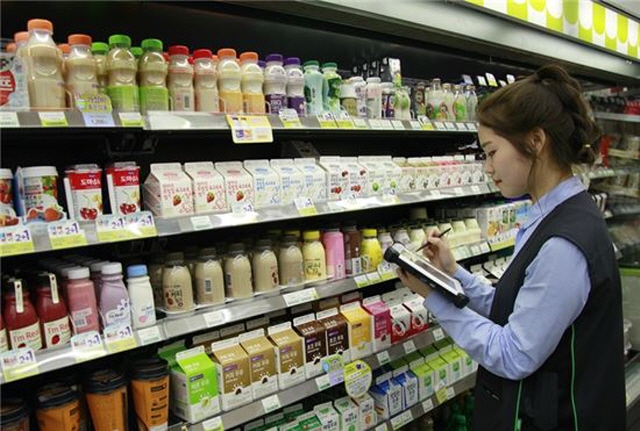 SEOUL, Jun. 14 (Korea Bizwire) — Two-thirds of part-time workers got a pay raise after the hike in the minimum wage this year, but the workers are divided on whether the increase in basic pay had a positive effect, a survey showed Thursday.

Albamon, a portal that connects employers and seekers of part-time jobs, polled 2,044 such workers on the changes after the introduction of the higher minimum wage. The results showed that 54.3 percent were getting the hourly basic pay of 7,530 won (US$6.95), while 41.8 percent said they were being paid higher. Another 3.9 percent answered they were getting less than the required pay.

Asked how they felt about the changes after the raised minimum wage, 55 percent said they felt positive, not much different from the 53.8 percent from those who saw the changes as negative. Some people had both positive and negative views on the changes.

Among reasons for positive perceptions were higher income (82.6 percent), getting paid the same amount while working fewer hours (51 percent), being able to concentrate more on work (19.9 percent) and reduced pressure to work overtime (14.1 percent). Multiple choices were allowed for the answers.