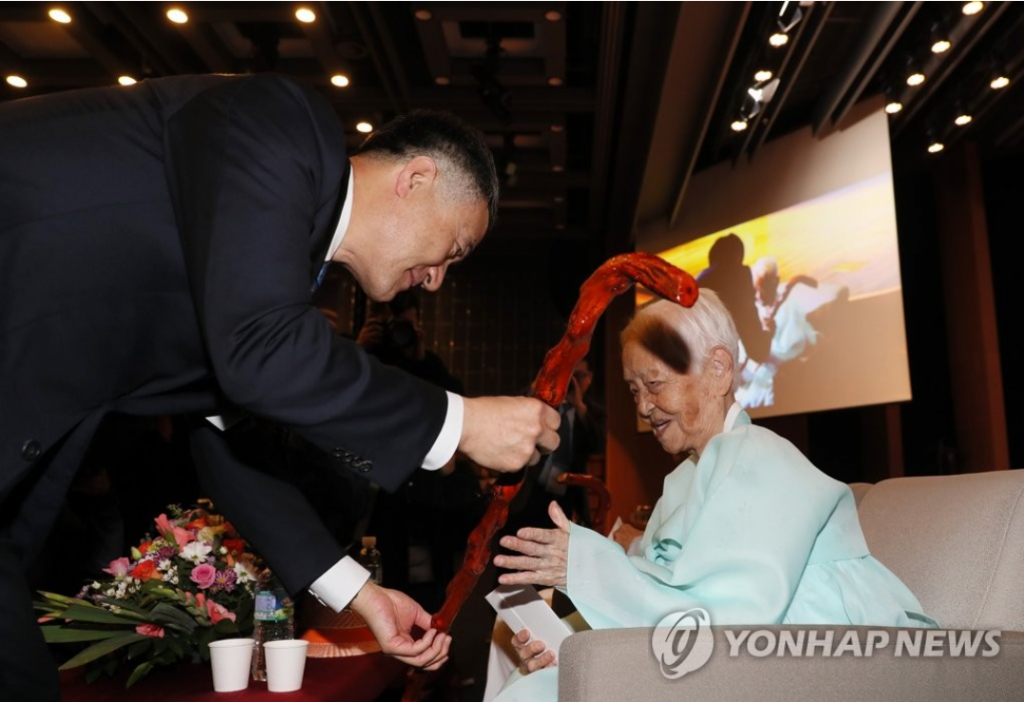 Cheongryojang are made of myeongaju, a type of grass that is firm but light, a symbol of health and longevity. It has been a Korean tradition for kings in past dynasties to present the stick to seniors. The South Korean government has been presenting cheongryojang to centenarians since 1993.

President Moon Jae-in, in a congratulatory letter, said, “The government will carry out its full duty to ensure a healthy and respectable life for seniors,” asking seniors to “provide wisdom and knowledge for the development of our society.”

He also sent out celebratory cards to the seniors, which was a first for a South Korean president. The cards congratulate the seniors for longevity and wish them a healthy life.

In the United States and Great Britain, the president and the Queen, respectively, send out birthday cards to seniors on their 100th birthday. 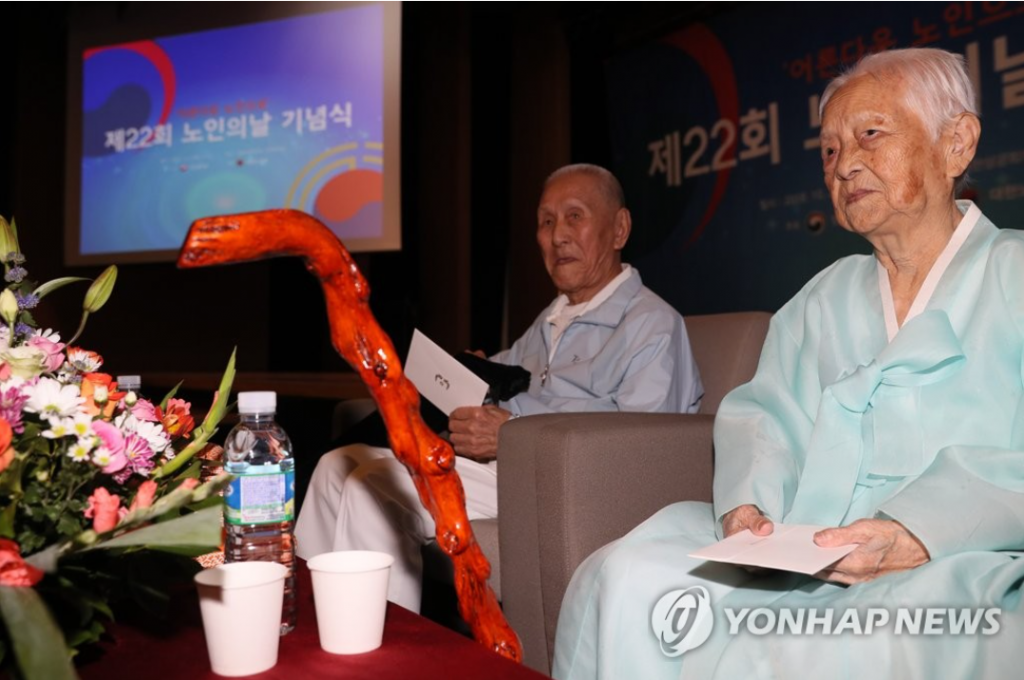 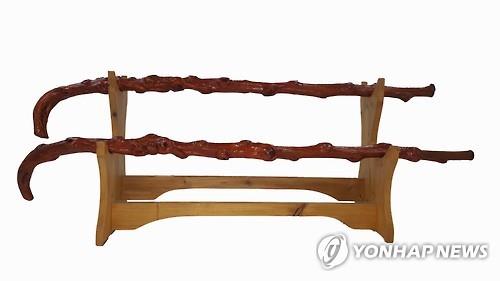