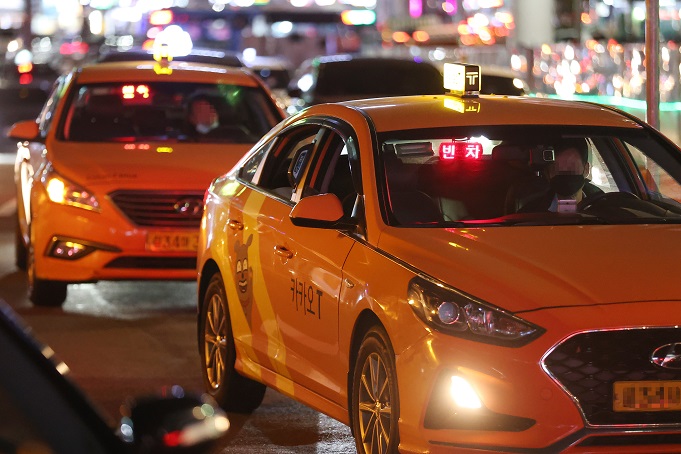 The additional charge for taxis at nighttime came into effect at 10 p.m. on Dec. 1, two hours earlier than before. From 11 p.m. to 2 a.m., the extra charge will rise to 40 percent, which is two times the default rate (20 percent).

Consumers were more or less frustrated with the extra charges.

“I have no choice but to work until late at night,” said a 29-year-old office worker surnamed Jeon. “Public transportation isn’t an option, so taxis are the only choice I have left. The extra charges hurt as they continue to increase.”

Some people say that extra charges are inevitable.

“Consumer prices are rising, it’s only fair that taxi fares increase too,” said Son, a 45-year-old office worker. “Public transportation is still around at 10 p.m., so it doesn’t seem so unreasonable to me.”