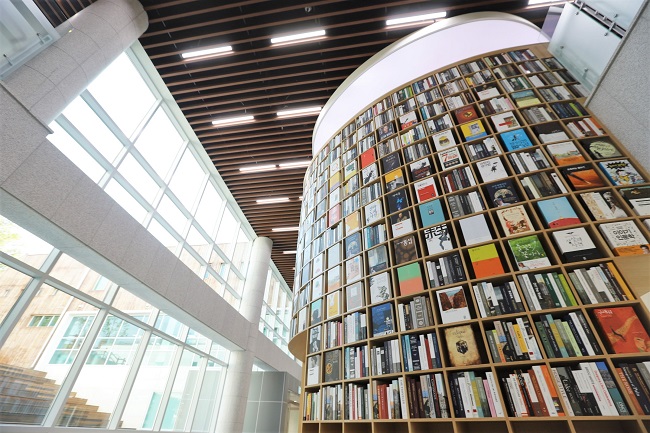 According to a recent statistical survey by the Ministry of Culture, Sports and Tourism and its affiliated Korea Culture and Tourism Institute, the number of public libraries reached 1,134 as of 2019.

This is in line with the annual 3.8 percent increase on average in the number of public libraries, registered since 2016.

The number first surpassed 1,000 in 2016, when an increase of 32 public libraries was reported, according to the survey.

The latest 2019 figure means there are one public library per every 45,723 South Koreans, a slight improvement from a year earlier.

The populous Gyeonggi Province encircling Seoul has the most public libraries at 277, followed by Seoul’s 180.

The size of public library’s collections grew by 3.3 percent to a total of some 115 million books last year, which translates to 101,486 books per library.

A culture ministry official in charge of the issue said the ministry plans to ramp up online book-lending services in the face of the emerging contactless lifestyle amid the COVID-19 pandemic.