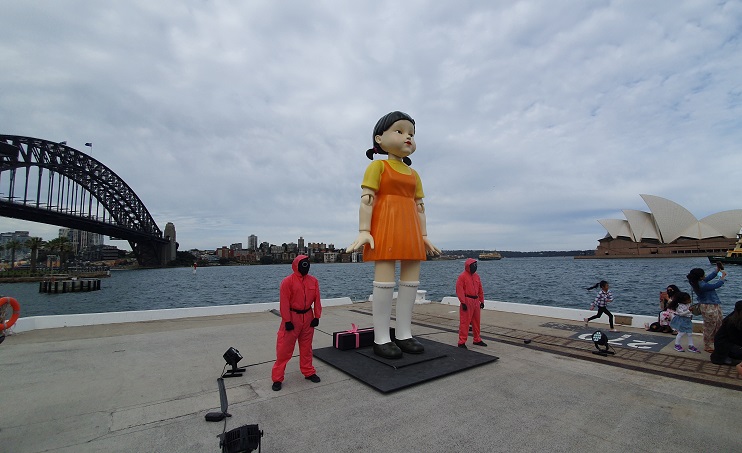 SEOUL, Nov. 3 (Korea Bizwire) — A replica of the giant animatronic doll named ‘Younghee’ that appears in episode 1 of “Squid Game,” a megahit Korean series on Netflix, showed up in the downtown of Sydney, Australia.

Netflix Australia installed a special set in an area between Sydney’s Harbor Bridge and Opera House where people could experience the game ‘Red Light, Green Light’ for four days starting from last Friday. 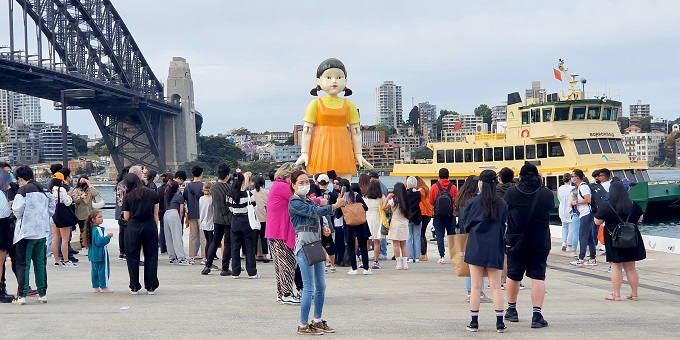 The event attracted significant attention with about 10,000 people visiting the set during the course of the promotion.