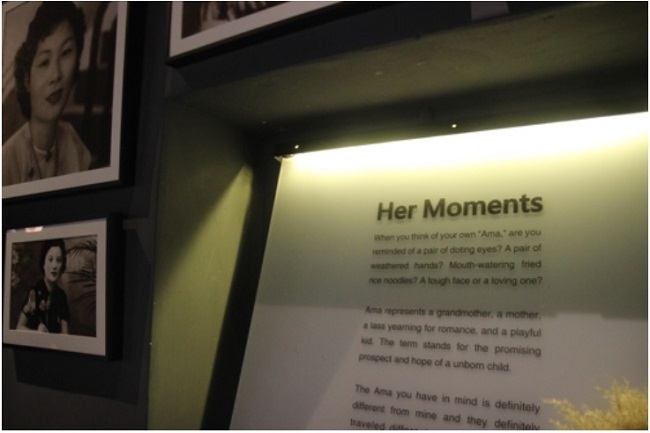 “Returning Home”, which was released in Korea in February of last year, will be shown for the first time at a Taiwanese theater. (Image:Kobiz Media)

SEOUL, Jul. 21 (Korea Bizwire) — “Returning Home”, a movie produced in Korea about the sex slave victims of the Japanese military, will be screened in Taiwan for the first time.

Grandmothers’ House, a museum of Taiwan sex slave victims, said it would host the International Sex Slave Human Rights Film Exhibition from August 3 to 13 with films such as “Returning Home” invited to mark World Sex Slave Victims’ Day on August 14.

A total of six movies and documentaries will be screened at the film exhibition, including“Apology”, portraying the life journeys of sex slave victims from three different countries;“The Song of Reeds”,which documents the story of Taiwanese victims; and“Returning Home”.

“Returning Home”, which was released in Korea in February of last year, will be shown for the first time at a Taiwanese theater. Up until now, it has only been available in Taiwan through internet streaming services.Among the invited movies, “Returning Home” is unique in that it is set to be screened at two different locations, Gwangjeon Taipei Cinema near Jungsan subway station, and Grandmothers’ House.

The producer of “Returning Home”, Cho Jung-Rea, and assistant producer Rho Yeong-Hwan will hold a talk about the making of the film on August 5.”‘Returning Home’ is the movie that has attracted the most attention, and it is very meaningful for the film to be shown in Taiwan for the first time in commemoration of World Sex Slave Victims’ Day,” remarked Kang Soo-Hwa, the manager of Grandmothers’ House.

Moreover, Grandmothers’ House has established a firm cooperative relationship with Heeum, a Japanese military sex slave victims’ history museum in the city of Daegu in South Korea. Grandmother’s House has sold souvenir bracelets and handkerchiefs made by Heeum as a way to remind buyers of the sufferings inflicted on Korean victims.

Taiwanese sex slave victims are known to number far more than 2,000, but due to the lack of understanding and cultural differences, only 58 Taiwanese victims have come to light. Among the 58 victims was a Korean, Kang said.

She was said to have settled in Taiwan after surviving the atrocities of a sex slave facility run by the Japanese military in the country. The Korean victim was known to be deceased after having attended the first press interview on the Taiwanese sex slave victims.

”The Japanese sex slave issue does not attract much attention in Taiwan, unlike in  Korea. If the issue is brought up by a Korean in Taiwan, he or she will encounter  an unfriendly reception,” said Kang.

Unlike President Ma Ying-jeou’s government, which was active with respect to the Japanese sex slave issue, the current Tsai Ing-wen governmentis trying toemerge fromdiplomatic isolation,and is strengthening its ties with the Japanese government,making officialsunwilling to address the issue in a forceful manner.