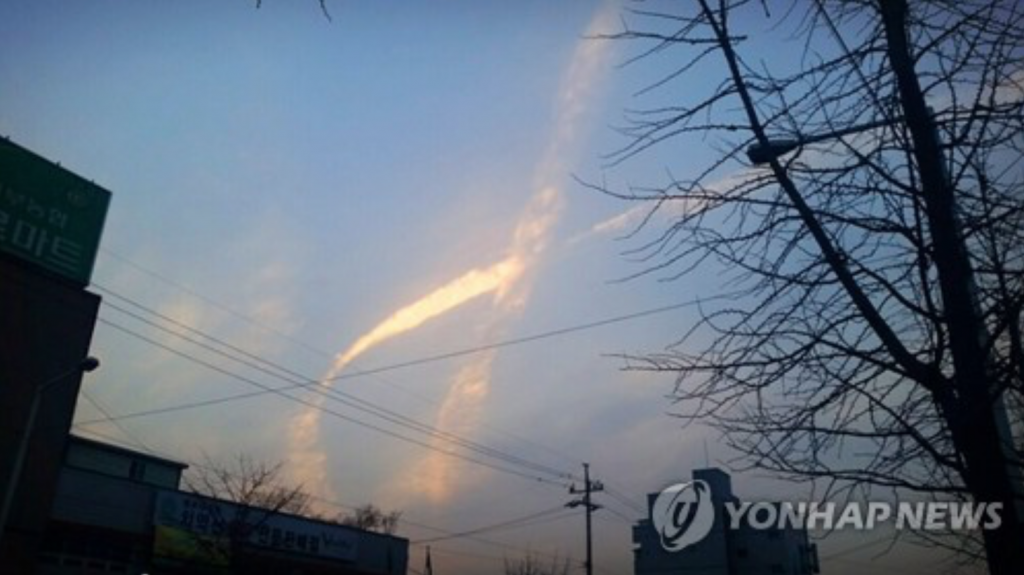 SEOUL, March 24 (Korea Bizwire) – Was it a message from the heavens, or just a coincidental natural phenomenon?

A ribbon-shaped cloud appeared in the skies of Wonju, Gangwon Province, late Wednesday afternoon as recovery teams began salvaging the sunken passenger ferry MV Sewol almost three years after it capsized – yellow ribbons have been used by Koreans as symbols to commemorate the 304 victims of the disaster. Nine of the bodies have yet to be recovered.

The photos instantly went viral online. Although some initially cast doubts on their authenticity, both the photographers and experts confirmed that they were legitimate, Yonhap News Agency reported.

Weather experts suggested the possibility of the phenomenon being a cirrus cloud, but admitted that such a shape is very unusual.

“Cirrus clouds are formed at high elevations with a higher concentration of water vapor, and as the temperature drops with the wind,” said an official from the Korea Meteorological Administration. “They do tend to bend with the wind, but forming a ribbon shape like this is really rare.”

The South Korean Air Force also dismissed the possibility of the cloud having been part of aircraft contrails. 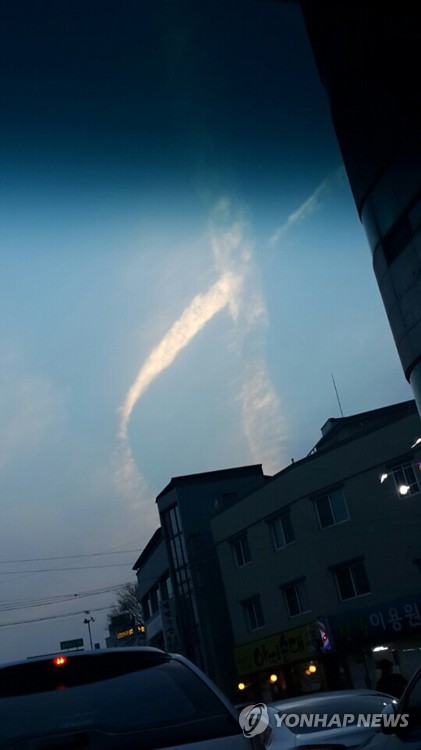 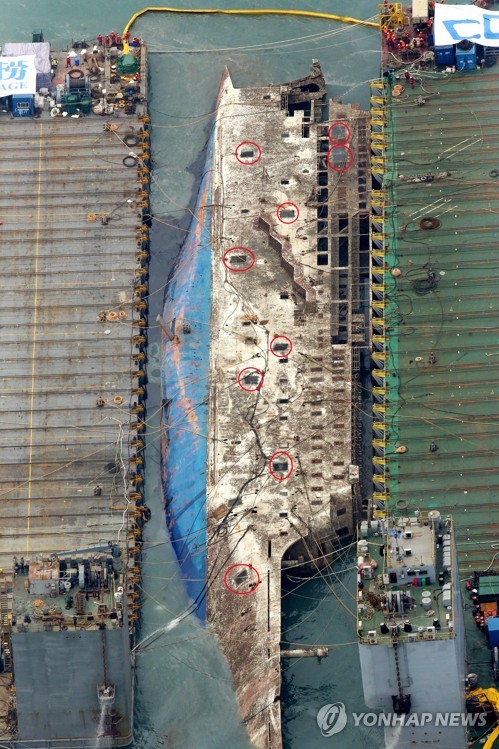