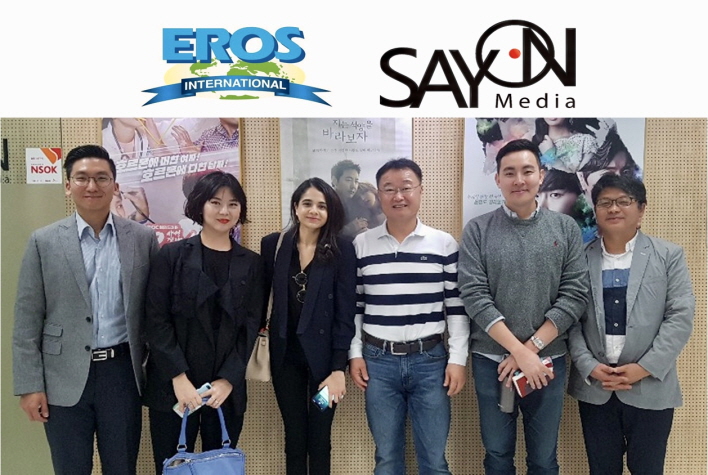 Both movie and drama will be produced and released in both countries at the same time with the aim of airing in 2020. (image: Say On Media)

South Korean drama production company Say On Media announced on Thursday that it has agreed to make a collaboration film and drama with India’s Eros International Group and B&C Group.

The joint production will be based on the Korean novel ‘Heo Hwang-ok, Embrace of Gaya’ published in 2010.

The story will cover the journey of princess Heo Hwang-ok of the Ayuta Kingdom of ancient India arriving at Gimhae, a love story with King Suro, a founder of Gaya and her path to the throne.

Both movie and drama will be produced and released in both countries at the same time with the aim of airing in 2020.

With Heo Hwang-ok connecting the two countries, Indian culture will be introduced throughout the Gimhae region.

The seedling of a Bodhi tree, which was recently donated by the Indian government, will be planted in the city after adjusting for the climate.

The tree is expected to be meaningful as Buddhism was introduced to Gaya through Jang Yuhwasang, Heo’s brother.

Furthermore, the Indian Museum in Seoul will be relocated to Gimhae. The museum plans to open in March of next year with 2,500 Indian folk arts and artifacts donated free of charge.

7 thoughts on “S. Korea and Indian Collaborate on Drama About Heo Hwang-ok, Queen of Gaya”