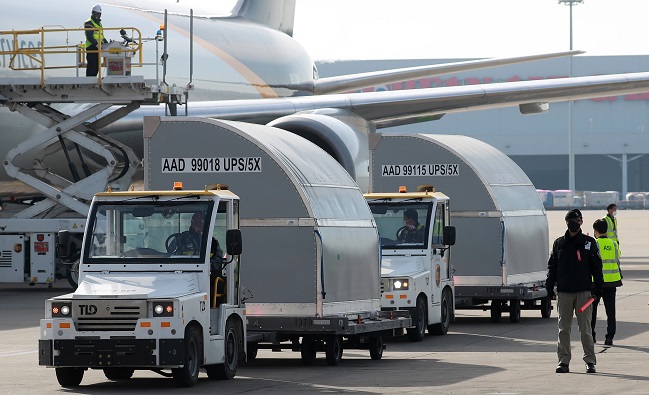 A shipment of Pfizer Inc.’s COVID-19 vaccine is being unloaded from a United Parcel Service cargo plane at Incheon airport, west of Seoul, on March 31, 2021. (Yonhap)

DAEJEON, July 1 (Korea Bizwire) — The Korea Institute of Machinery and Materials announced on Wednesday that it had developed a new ultra-low temperature Stirling refrigerator using an eco-friendly refrigerant.

This type of cooler uses the cycle of a heat engine and has been employed primarily for applications requiring extremely low temperatures of lower than minus 150 Celsius degrees.

Existing steam-compression refrigeration technology typically used in general household freezers has some limits if it is employed in ultra-low temperature devices, including the coagulation of the lubricant inside the compressor that could result in the clogging of the fluid path.

By developing a Stirling cooler capable of ultra-low temperatures ranging between minus 60 and minus 150 Celsius degrees, the research team succeeded in improving energy efficiency by more than two times as well as adjusting the temperature in a higher precision compared to existing steam-compression refrigerating technology.

By realizing various components including a compressor, heat exchanger, inflator, and oil separator in an all-in-one format, the research team reduced the bulk of the equipment.

The new technology is expected to be applied in various areas, including cold chains for the transportation of COVID-19 vaccines, and ultra-low temperature refrigerating technologies employed in the manufacturing of semiconductors and displays.