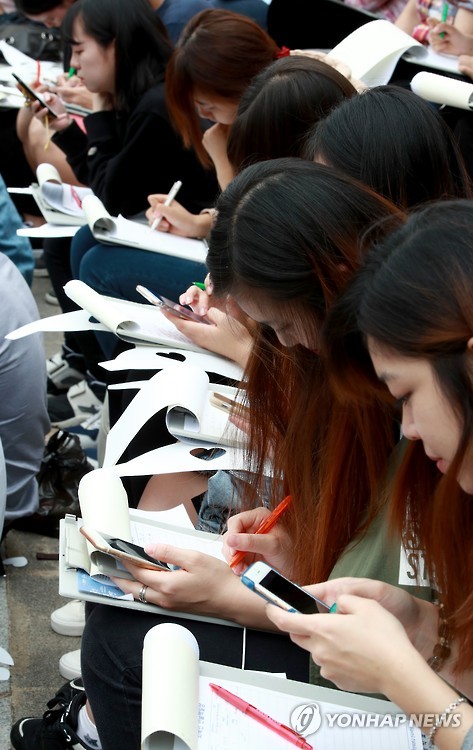 The results suggested that Koreans are more active in using smartphones for gaming and other entertainment features, rather than accessing information, the professor said. (image: Yonhap)

SEOUL, Nov. 9 (Korea Bizwire) – South Korea is home to some of the world’s fastest mobile Internet infrastructures, but lags behind the United States and China in the utilization of web information, a report showed Wednesday.

Although Koreans enjoy better access to the Internet using their smartphones, they are less active than Americans and Chinese people in utilizing information, according to the report published by professor Park Cheol of Korea University.

Based on a survey of 430 Koreans, 416 Americans and 444 Chinese, the report looked into the state of their smartphone usage.

On a scale of 1 to 7 with 7 being the highest rating, Koreans get a score of 5.4 in terms of Internet accessibility via smartphones, while Americans and Chinese users earn 5.2 each.

However, Koreans get a score of 4.63 in terms of web information utilization, compared with Americans (5.29) and the Chinese (5.08).

The results suggested that Koreans are more active in using smartphones for gaming and other entertainment features, rather than accessing information, the professor said.

Park urged the Korean government to focus on encouraging people to better use information available on the mobile web, instead of strengthening wireless infrastructure.