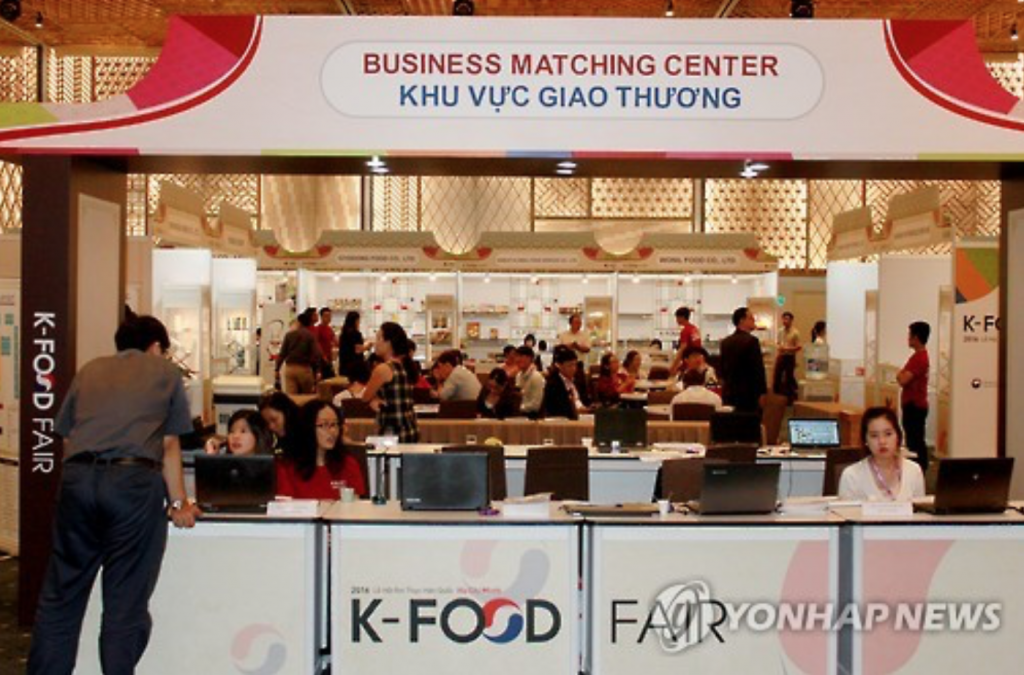 SEOUL, Nov. 1 (Korea Bizwire) – South Korea will hold a series of events on its traditional food in two major Japanese cities, Osaka and Tokyo, later this week in a bid to revitalize food product exports to the neighboring country, a government ministry said Tuesday.

The 2016 K-Food Festa will start on Wednesday for a six-day run, organized by the Ministry of Agriculture, Food and Rural Affairs.

Japan is South Korea’s largest food export market. But exports have decreased to US$920 million this year from $1.41 billion in 2012 and $1.17 billion in 2015, while Korean food is growing popular in China and the Muslim world, according to the ministry.

“The recovery of exports to Japan is a prerequisite for attaining the goal of $10 billion in food product exports at an early date,” the ministry said.

In the upcoming event, a seminar and an export consultation session will open in Osaka on Wednesday, followed by a three-day food expo in Tokyo with the theme of “Enjoy, K-Food Festa in Tokyo.”

Korean food booths will be established in the bustling Tokyo towns of Shinjuku and Asakusa, with K-Pop concerts and other performances planned as well.

The ministry, meanwhile, plans to host a separate festival on local wine at COEX in southern Seoul from Wednesday till Saturday.

The 2nd Korea Wine Festival, the biggest wine festival in South Korea, will feature more than 100 wine products made by around 30 wineries across the country, it said.

“The festival is designed to raise public awareness of South Korea’s wine and globalize it by promoting the superiority and variety of products here,” the ministry said.