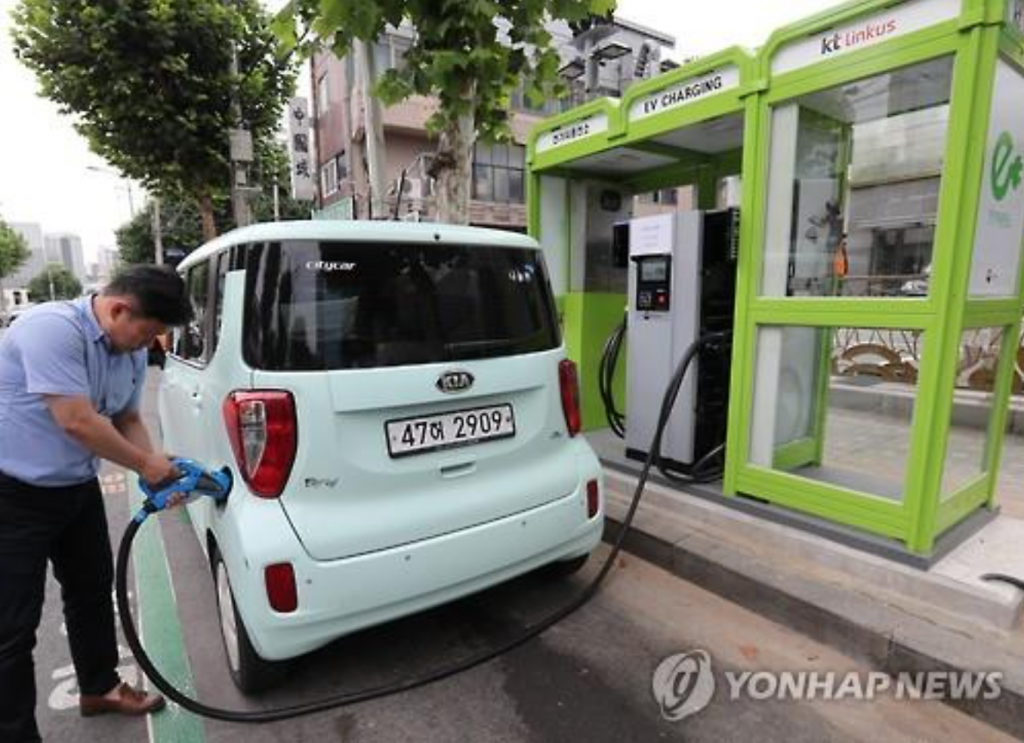 KEPCO will install 30,000 regular chargers at some 4,000 apartment complexes in the country by the end of this year to help electric car drivers use their machines more conveniently. (image: Yonhap)

Under the plan, led by the Korea Electric Power Corp. (KEPCO), the country’s sole power supplier, the government will build 150 on-street stations by November to accommodate 300 super chargers that are available for privately owned electric cars and taxis for a fee. It will also install about 30,000 regular chargers at apartment complexes across the nation, according to the Ministry of Trade, Industry and Energy.

Seoul and Jeju Island will each house 60 charging points to run a total of 240 super chargers, with the remaining 60 super chargers to be built at 30 stations in other parts of the country, the ministry said, adding the fee will be determined later.

It will also establish five flagship charging stations in Seoul for comprehensive one-stop services from electric car-related businesses such as carmakers, rent-a-car firms and repair shops.

KEPCO will install 30,000 regular chargers at some 4,000 apartment complexes in the country by the end of this year to help electric car drivers use their machines more conveniently.

“South Korea has put a policy priority on promoting the electric vehicle sector as a key export item,” Trade Minister Joo Hyung-hwan said in a groundbreaking ceremony for the first super-charging point in Seoul. “At the same time, the public sector is moving swiftly to expand infrastructure for electric cars.” The first super charging station in Seoul will be built near the Sangam World Cup Stadium.

Also, KEPCO and other power-related public firms such as Korea Hydro and Nuclear Power Co. will buy a combined 1,100 electric cars worth 44 billion won by 2023 in a way to bolster domestic sales of the product.

The latest plan is a follow-up to the South Korean government’s long-term scheme unveiled earlier last month to transform the country’s energy sector into an eco-friendly one.

The government has increased state subsidies to 14 million won for electric car buyers from 12 million won and cut public super-charging fees at the existing facilities by half to 60,000 won to fuel demand for the electric-powered automobiles.