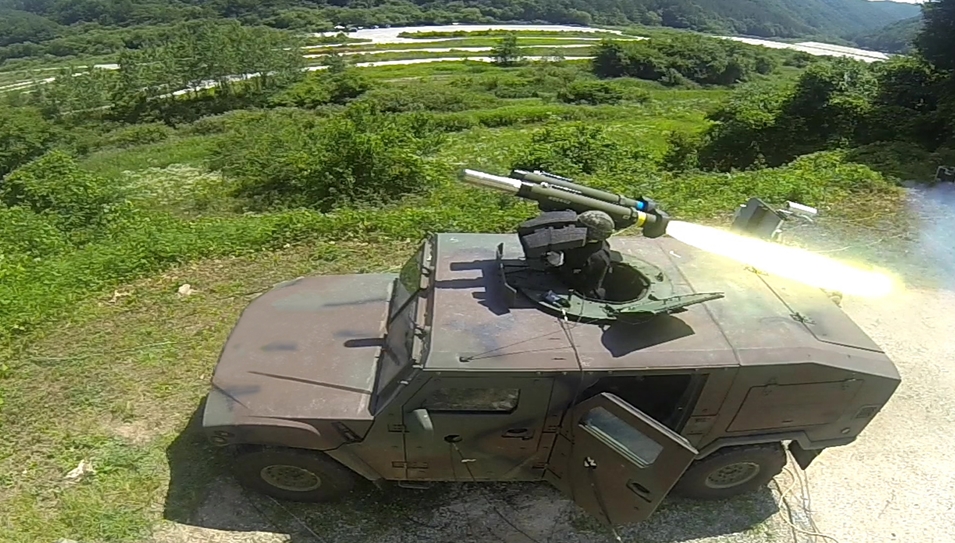 SEOUL, Jun. 2 (Korea Bizwire) — South Korea is set for the mass-production of the Raybolt medium-range anti-tank guided missile, as it has passed a “quality certification” test, the nation’s arms procurement agency said Thursday.

The live-fire test of the man-portable rocket system was successful, held at a Pocheon range, northeast of Seoul, according to the Defense Acquisition Program Administration (DAPA).

The Defense Agency for Technology and Quality (DATQ) also participated in the test of an actual product made by LIG Nex1, a local defense firm.

South Korea developed the weapon, called Hyungung in Korean, in 2016 to replace 90mm/106mm recoilless rifles and TOW missiles in use by the nation’s troops.’

The Raybolt will be delivered to the military within this year, DAPA said.

The agency also hopes to export the advanced Fire & Forget-type weapon, saying it’s smaller and lighter, but more powerful and effective than similar foreign weaponry, such as Israel’s Spike-MR and the U.S. Javelin.

“The test this time is meaningful in that it has proven the superb quality of Hyungung, a anti-tank guided weapon developed with domestic technology,” Kim In-sik, a DATQ official, said. “It will be a good benchmark for the future development of guided missiles.”