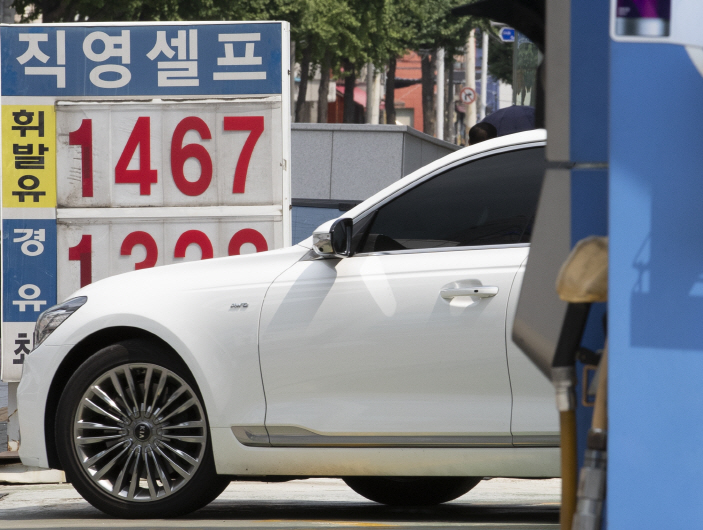 A gas station in Seoul. (Yonhap)

In November 2018, the government lowered fuel taxes by 15 percent for six months to ease the burden of small businesses and ordinary people.

On May 7, the government extended the tax cut until the end of August, though it slashed the fuel tax only by 7 percent.

The measure came as tax revenue for the year is estimated not to be larger than expected.

South Korea collected 156.2 trillion won (US$128.6 billion) in taxes in the first six months of the year, 1 trillion won less compared with a year earlier, according to the finance ministry.

The price of South Korea’s benchmark Dubai crude stood at $59 per barrel on Aug. 20, compared with $71 on Nov. 6 when the government cut the tax on fuel products.