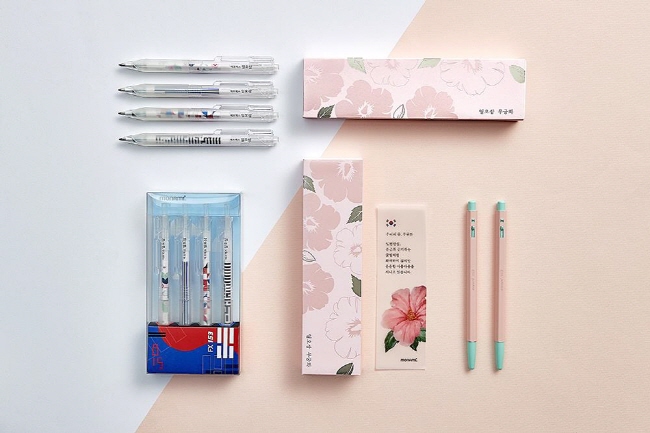 SEOUL, Nov. 4 (Korea Bizwire) — Local companies are touching upon consumer sentiment by revisiting past hits that helped propel them to greatness.

BEANPOLE, a contemporary fashion brand that was launched in 1989 by Samsung C&T Corp., a construction and fashion unit of Samsung Group, drew attention in July for a promotion that invited customers to exchange their old Beanpole garments for new ones.

The promotion, through which customers could exchange old clothing produced between 1989 to 2001 for new items, attracted 1,000 customers only five days after the launch.

“We will not only display the old T-shirts that were donated this time at the flagship store, but we will also consider them in planning new products,” said a BEANPOLE official.

In August, all 3,000 units of a 153 Mugunghwa limited edition celebrating the National Liberation Day of Korea sold out rapidly, creating a buzz on social media.

“The secret of the pen’s popularity is that we focused on keeping the identity of the existing 153 ballpoint pen intact while changing the old image into a more modern representation,” a Monami official said.

In addition, food and beverage company Ilhwa released Retro Limited Edition, which revived its can design in 1995 during the heyday of McCol, a carbonated drink made of barley.

The limited edition, which celebrated the 37th anniversary of its launch, is said to have stimulated nostalgia and sensibility among those in their 30s and 40s by making use of the same colors, logos and typeface of the old can.