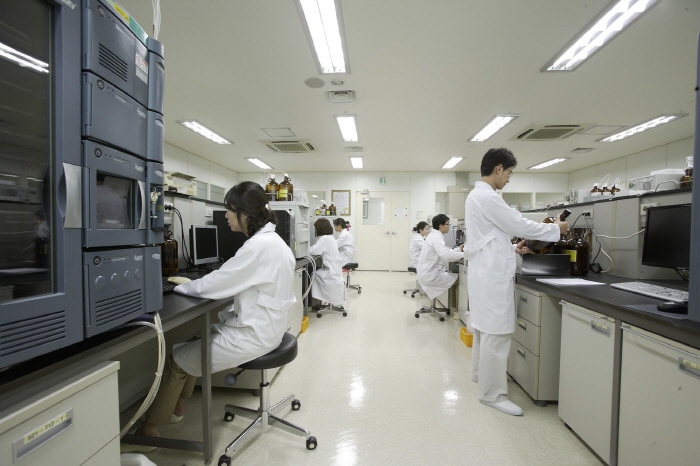 Yuhan said the U.S. subsidiary is designed to promote its “open innovation,” which involves the exploration of new drug candidates and original drug technologies from outside companies.

“The subsidiary is tasked with actively searching for new drug materials and companies worth investing in,” a company official said. “Yuhan will set up a subsidiary in Boston during the second half of the year.”

Late last year, Green Cross completed a blood plasma plant for its local subsidiary in Montreal in a bid to gain a foothold in North America. It marks the first time that a South Korean company has set up a biopharmaceutical plant in the region.

Hanmi Pharmaceutical plans to apply to the U.S. Food and Drug Administration (FDA) for approval to sell a treatment for neutropenia during the fourth quarter of this year, which it has jointly developed with its American partner Spectrum Pharmaceuticals.

Neutropenia refers to an abnormally low concentration of neutrophils in the blood, which make up the majority of circulating white blood cells and serves as the primary defense against infections.

Daewoong Pharmaceutical has filed an application with the FDA for approval of its botulinum toxin treatment Nabota through its U.S. distribution partner Alphaeon.

In addition, other South Korean pharmaceutical companies, including SK Biopharmaceuticals Co., are awaiting FDA approval for their new drugs, according to the sources.

“South Korean pharmaceutical companies’ push to enter the U.S. market means that they are trying to go beyond the domestic market and make active and aggressive efforts to tap into the global market,” said Lee Je-kuk, an executive at the Korea Pharmaceutical and Bio-pharma Manufacturers Association.