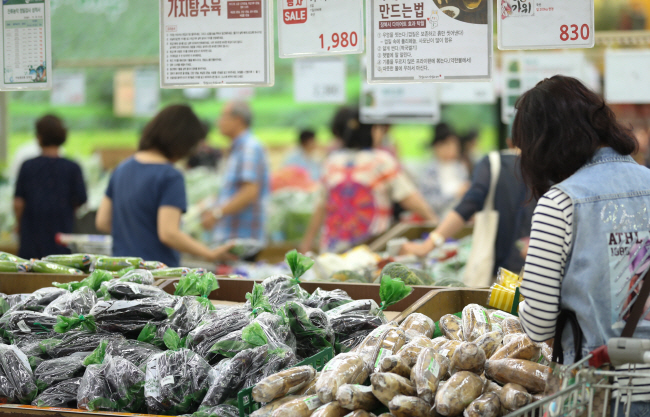 Economists warn that a drop in consumer prices may become the norm in South Korea. (Yonhap)

Experts point out that declining consumer prices may become the so-called ‘new normal’ for South Korea.

Statistics Korea reported that South Korea’s consumer prices reached a growth rate of 0.5 percent this year, the lowest on record ever since South Korea began to collect statistical data in 1965.

Consumer prices inched up 0.8 percent in January and maintained an average growth rate of less than 1 percent in the following months, until they plunged -0.04 percent in August, raising concerns that South Korea may face deflation.

Japan is a classic case where deflation has left the country suffering from a long-term economic downturn.

Japan’s consumer prices began to decline in the 1990’s after the burst of Japan’s bubble economy, which led to a long-term economic decline that stretched over 20 years.

Economists warn that a drop in consumer prices may become the norm in South Korea.

The U.S.-China trade dispute and Japan’s export restrictions have been raising external uncertainties, and to make matters worse, South Korea is also facing a slowing domestic demand, a dwindling growth rate, and an aging population.

“Consumer prices may continue to decline if there are drastic changes in world oil prices in the near future,” said Ju Won, the head of economic research at the Hyundai Research Institute.