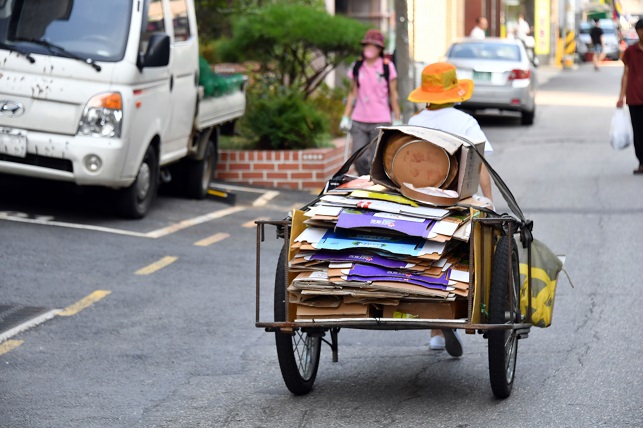 SEOUL, Oct. 6 (Korea Bizwire) — There are around 15,000 seniors who collect cardboard for a living and they were found to earn far less than the minimum wage, data showed Wednesday.

Rep. Kang Sun-woo of the Democratic Party referred to a report from the Korea Labor Force Institute for the Aged, which showed that there are approximately 15,000 seniors across the country who collect cardboard for a living.

Gyeonggi Province was home to more than any other province with 2,782 cardboard collectors active in the province.

“If we also count those who collect cardboard as a secondary job, there should be more of them,” Rep. Kang said.

The statistical data was collected based on GPS-tracking devices given to 10 seniors who collect cardboard for a living, based on an analysis of their work from Dec. 29 of last year to Feb. 26.

On average, each of the seniors covered a distance of 12.3 kilometers and worked 11 hours and 20 minutes per day.