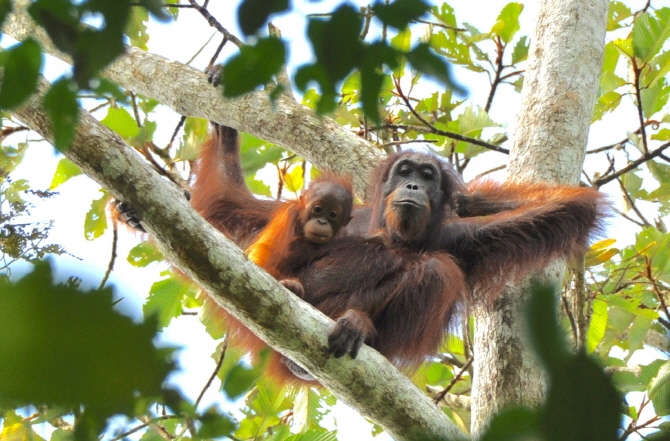 Under the Convention on International Trade in Endangered Species of Wild Fauna and Flora, the zoo is required to obtain export and import permits for the animal. (image: Kinabatangan Orangutan Conservation Project)

SEOUL, Jan. 28 (Korea Bizwire) — A South Korean zoo said Tuesday it will closely work with the Bukit Merah Orangutan Island Foundation, a Malaysian body dedicated to the care of the orangutan, to preserve the animal species.

As part of the effort, the zoo at Seoul Grand Park in Gwacheon, just south of Seoul, will hold an international cooperation seminar the next day to discuss ways to protect the orangutan, a critically endangered species.

Malaysian officials responsible for the preservation of wildlife and Tan Sri Mustapha Kamal, the foundation’s founder, will take part in the seminar.

During the seminar, representatives from the two countries are expected to discuss the planned transfer of a mother orangutan and her disabled cub to the foundation in Bukit Merah, a village some 200 kilometers north of Kuala Lumpur.

The seminar comes after the South Korean zoo formed a business pact with the foundation in November to relocate Baekseok, a male orangutan born in 2009 with his hind legs paralyzed innately, and his mother Osun, born in 1968, to the Malaysian center in March or April.

Baekseok has difficulty walking due to a congenital distortion of his hipbones and Osun is advanced in age above the average lifespan of the animal, 30 to 40 years.

Established in 2000, the orangutan foundation has clinics and rehabilitation facilities dedicated to orangutans on an island of 350,000 square meters and 16 orangutans in captivity.

Officials at the South Korean zoo hope that Baekseok and Osun being reared in South Korea will receive better and more specialized care if relocated to the Southeast Asian country.

Under the Convention on International Trade in Endangered Species of Wild Fauna and Flora, the zoo is required to obtain export and import permits for the animal.

On Jan. 20, the Malaysian government allowed the mother and child orangutans to be imported, while the South Korean zoo is waiting for the government to issue a permit to export them to Malaysia.

The South Korean zoo will further discuss ways to promote animal exchanges and cooperate in medical services for animals with the Malaysian foundation, and take part in international programs to preserve the orangutan.